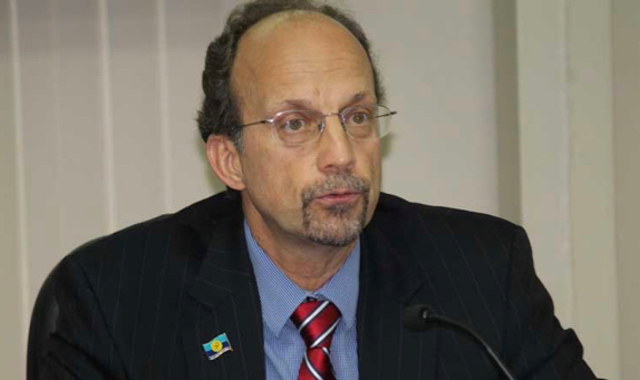 Basseterre, St. Kitts, 24th April, 2018 (MyVueNews.com) – Executive Director Dr. James Hospedales, of the Caribbean Public Health Agency (CARPHA), is warning policy makers in the Caribbean to “proceed with an abundance of caution”, in relation to the decriminalisation of marijuana.

Dr. Hospedales was speaking on a recent Government’s radio program called ‘Working for You’. He was in St. Kitts contributing to the discussions at town hall meetings being conducted by the Marijuana Commission.

According to the CARPHA Executive Director, he is viewing the matter from a public health standpoint.

Recognising that many Caribbean islands have Court systems clogged up with marijuana cases, he cautioned against resolving one problem while creating another, saying that the decriminalisation of marijuana could have repercussions.

“We don’t want that when you’ve solved the problem so to speak of reducing the burden of the judicial system and the prisons, you create a great surge in the increase of mental health admissions for marijuana addiction and other addictions,” Hospedales said.

He continued, “What I think needs to happen is that there should be strong public education concomitant with decriminalisation, if government proceeds along that route; also, proper monitoring of impact policies.

Dr. Hospedales said there are countries where reports by chief medical officers show significant increases in admissions for mental health problems associated with marijuana psychosis and increased use.

Concerning the potential harmful consequences related to marijuana, Hospedales said, “The harmful consequences of this are well documented… From mental health to social interactions to occupational opportunities. If you are a young person, it is very bad for your studies, and it tends to demotivate a lot of young people.”

The CARPHA Executive Director continued, “I think most Caribbean people are aware of others around us, for example, in our families and among friends, who have not achieved their potential because they have been smoking weed most of their lives, or they have a problem with it.”

He opined that any decriminalisation of marijuana must be accompanied by effective regulation.

Rashid, Tamim and Shakib confirmed for ICC World XI team to play the WINDIES at Lord’s

'Immensely wealthy' countries must pay for US protection