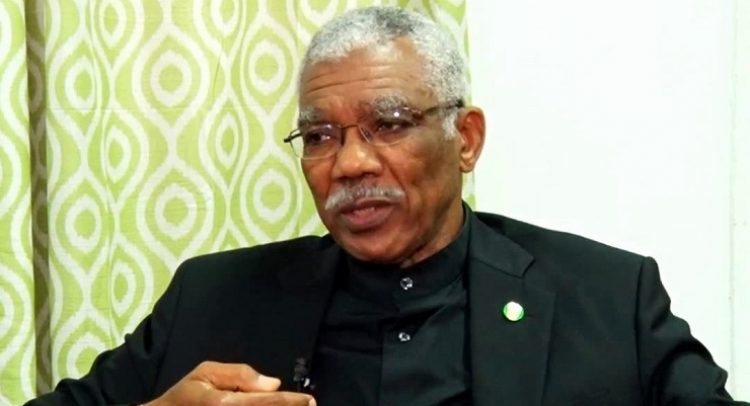 The return of US-based democracy watchdog Carter Centre is outside the remit of the Guyana Elections Commission (GECOM) and is solely within the Executive and that of the President.

This position was adumbrated on Wednesday by the GECOM Public Relations Officer and by Opposition Peoples Progressive Party Civic Commissioner Sase Gunraj during separate media engagements.

Addressing members of the press corps in the makeshift media centre erected outside of the Arthur Chung Convention Centre (ACCC), Gunraj noted that there have been continuous questions posed to GECOM on the democracy watchdog group’s return.

“I want to say this very clearly: GECOM, the Guyana Elections Commission, the Chairman and Commissioners, have done, in our opinion, all that is necessary…Wehave stated and restated and overstated perhaps, that the persons accredited remain accredited.”

organisations that dispatched Election Observer Missions for Guyana’s May 2 General and Regional Election, indicating that their accreditation remains intact.

“That, I believe, is the extent of the power of GECOM, and while I know that the Carter Center and the other electoral observer missions are subtending, or their work is related to our work, there is only so much that GECOM can do,” he further noted.

Any further questions on this issue, he said, are better directed to the Executive.

Meanwhile, GECOM PRO Yolanda Ward also went on record to say, “I want to emphatically state that this is outside of the remit of the Commission.”
According to the Commission’s PRO, such issues are to be dealt with by the President.

She emphasised that “it is not for GECOM to do advocacy on that part, because it steps outside the parameters of the Commission.”

The Carter Center, through the U.S Embassy, has had denied by ‘caretaker’ President David Granger several requests to return to Guyana to continue with its mission as the recount exercise progresses.

Caretaker Minister of Foreign Affairs, Karen Cummings, on May 15 last, writing on behalf of Granger, told the US Ambassador that “…it may not be possible for the Carter Center and the IRI Advisor to participate in the overseeing of the recount of the votes cast in 2nd March 2020 General and Regional Elections, which as you are aware has already commenced.”

She, at the time, cast blame on emergency measures in light of the COVID-19 pandemic, including the imposition of a curfew and the closure of Guyana’s international airports.

In the letter, she also sought to remind the U.S Ambassador that the Caribbean Community (Caricom) high-level team remains the “most legitimate interlocutors” in the current political situation, a mantra since repeated by Granger.

When the Carter Center, which was very vocal on the lack of credibility in the declaration that almost returned the incumbent to office, initially applied for permission to enter Guyana to observe the recount, it was reported that the denial of their request came from the COVID-19 Task Force.

Days later, caretaker Public Security Minister Khemraj Ramjattan, who is part of the Task Force, revealed that the Carter Center being blocked from returning was due to the President not granting approval.