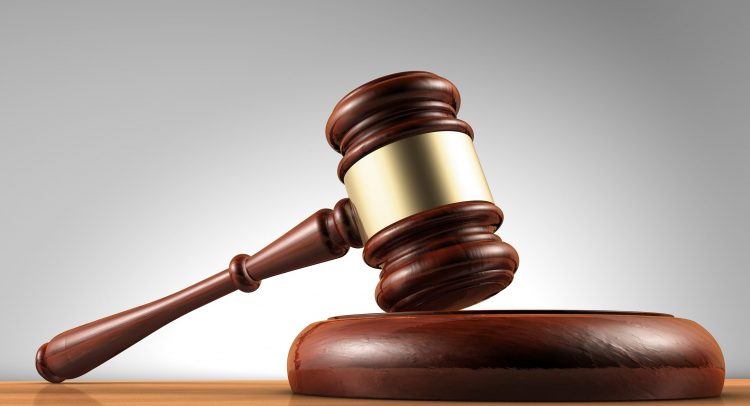 The Caribbean Court of Justice (CCJ) has ruled that a Belizean Court of Appeal judge should be considered for investigation.

The ruling was delivered on Tuesday, in the case of Dean Boyce, British Caribbean Bank Ltd, and Lord Michael Ashcroft KCMG v the Judicial and Legal Services Commission (JLSC).

The Trinidad-based CCJ said the 2012 complaint against Justice Awich, now a judge in the Court of Appeal, should be properly considered by the JLSC, paving the way to allow the Commission to refer the complaint to the Belize Advisory Council, which would then investigate whether the judge should be removed from office.

The matter arose from a dispute as to whether the conduct of Justice Awich during his tenure as a judge of the Supreme Court of Belize is relevant to his removal from office as a Justice of Appeal.

He was appointed as a judge in the Court of Appeal on April 24, 2012 and was sworn-in in May of that year. In a joint letter dated July 17, 2012, Boyce and Lord Ashcroft made a request to the JLSC that Justice Awich should be investigated by the Belize Advisory Council.

That request detailed allegations of lack of judicial “acumen”, delays in judgment writing and lack of timeliness in the delivery of judgments while Justice Awich was a judge of the Supreme Court of Belize. The appellants, in that letter, suggested that it should be considered whether the judge should be removed from office for inability and/or misbehaviour.

Objections to his appointment had previously been raised by the Bar Association of Belize and the Leader of the Opposition. The JLSC refused the appellant’s request on the basis that the complaint was directed to matters relating to the performance of the judge in his previous position of Justice of the Supreme Court and therefore had no relation to his present office of Justice of Appeal.

The decision of the Commission was successfully appealed at the Supreme Court of Belize but the Court of Appeal subsequently set aside the decision of the trial judge. That court held that the complaints made against Justice Awich as a Supreme Court judge were not relevant to any consideration of his removal from office as a Justice of Appeal. The matter then moved to the CCJ where the Bench considered Section 102 of the Constitution of Belize which provides for the removal from office of a Justice of Appeal for misbehaviour and/or inability.

“The court held that the section was clear that the JLSC’s role was strictly to consider whether the complaints were serious and, if so, to refer them to the Belize Advisory Council, whose role was to investigate the matter and to advise the Governor-General whether the judge should be removed,” the CCJ said in a release on Tuesday.

The CCJ said that a judicial officer’s past conduct, depending on the circumstances, could bear relevance on the question of whether removal from office was warranted.

“The Judicial and Legal Services Commission was therefore bound to determine whether the complaint was grave enough to warrant referral and the JLSC ought not to have dismissed the request without proper consideration,” it said.

The Court also provided guidance on the issue of what constitutes “inability” and “misbehaviour”. The judgment stated that the term inability referred to the lack of capacity to perform the duties of the office at the requisite level of competence and skill. “A judge who was unable to write and deliver judgments on time or who was often overturned on appeal may lack the ability to do his job,” it said.

The CCJ noted that a judge may be unable to perform the functions of the office at one level of the judiciary but be perfectly capable of performing the functions at another level.

“Misbehaviour would mean a judge has serious character flaws that would render him or her unfit to hold office. Conduct of a criminal nature, corruption, and serious moral failings could amount to misbehaviour. So too may any conduct, whether falling within the categories above or not, which in the view of a wide cross section of reasonable members of the society brings the judiciary into public ridicule or opprobrium,” the CCJ release said.

The CCJ disagreed with the Court of Appeal of Belize and in setting aside its judgment, made an order referring the complaint back to the JLSC. It also awarded costs at the CCJ, and the courts below, to the appellants