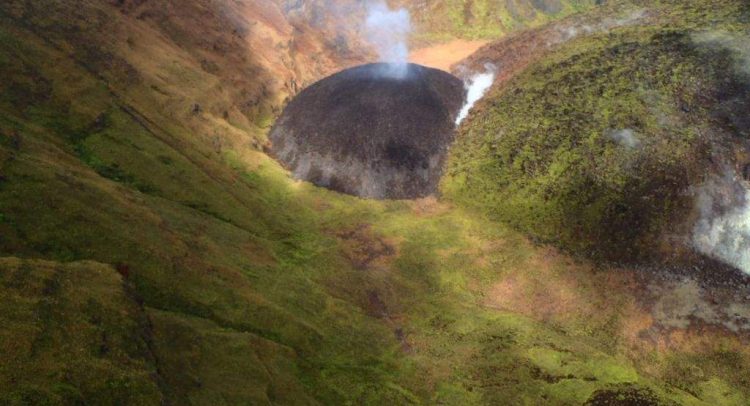 BRIDGETOWN, Barbados — The Caribbean Disaster Emergency Management Agency (CDEMA) Coordinating Unit has received funding from the United Kingdom Foreign, Commonwealth and Development Office (UK FCDO) in the amount of £51,000 to cover the cost of a rotary helicopter aircraft.

The aircraft will be used to support access to sampling of the extrusive materials, air lifting equipment, surveillance/reconnaissance and other relevant support to the monitoring of the La Soufrière volcano in St Vincent and the Grenadines.

The funds were provided through the Memorandum of Understanding on the UK Support for the Caribbean Disaster Emergency Management Agency Response Teams programme.

According to the CDEMA, the request for a rotary aircraft was made by St Vincent Prime Minister Dr Ralph Gonsalves through the National Emergency Management Office (NEMO) in the country.

The aircraft will support the ongoing monitoring by The University of the West Indies (UWI) Seismic Research Centre’s (SRC) scientists on the ground, the agency said.

“The Government and people of St Vincent and the Grenadines are grateful to CDEMA and the UK Government (Foreign, Commonwealth, and Development Office) for their kind assistance in organising and financing the rotary helicopter service, which is necessary to facilitate the SRC and NEMO in conducting vital work in respect of the effusive volcanic eruption at La Soufriere in St Vincent and the Grenadines. Thanks to CDEMA’s Executive Director (ag), Liz Riley and the Coordinating Unit team, who have been magnificent in coordinating the efforts,” Prime Minister Dr Ralph Gonsalves said while expressing gratitude.

Meanwhile, Professor Richard Robertson of the UWI-SRC indicated that the initial aircraft is required for a minimum of seven days, and subsequently on an as needed basis by the scientists.

This support, the agency said, is extremely urgent to allow the scientists to analyse the data and present to the Government of St Vincent and the Grenadines an informed interpretation of the current volcanic events.