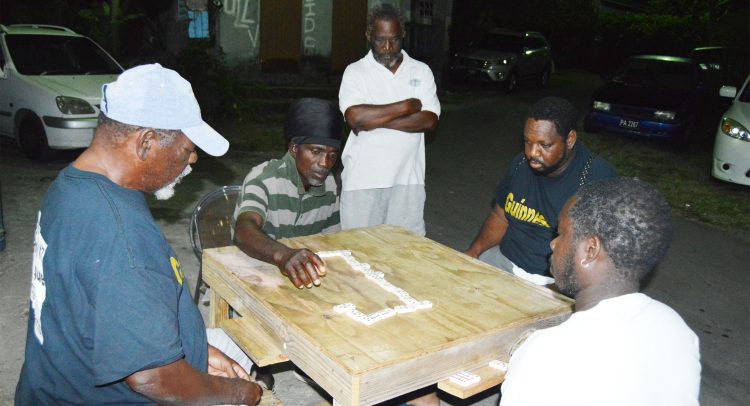 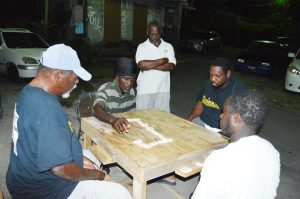 Five rounds of the league’s round-robin stage have been played and defending champions, Lodge Domino Club has won the four games they have played so far. The fifth game against newcomers Phillips has been rescheduled for a later date. With the four wins Lodge is the only unbeaten team. Unstoppable and Beers have four wins each, but would have lost a game
each.

It has been a mixed bag for the immediate past champions Unity Domino Club who have played four games, suffering two losses the first on Monday July 30 to defending champions Lodge, and an upset loss at the hands of the lowly Parsons of Constituency Number Six on Thursday August 2, at Parsons.

According to the league organiser, Mr Calvin Farrell, teams that missed to play for one reason or the other will be given new dates as to when they would meet. The outstanding games are Unity vs. Phillips; Lodge vs. Phillips; Molineux vs. Tabernacle; and Small Corner vs. Sylvers.

Games which were scheduled to have been played on Tuesday August 7 have been moved to Thursday August 9 as Tuesday is a public holiday. Mr Farrell advised all the teams that because of the change, the entire schedule has been pushed ahead by one playing-day (Tuesdays and Thursdays) and barring interruption by weather or any other unforeseen forces, the first round of the round-robin stage should come to an end on Tuesday September 4, instead of the advertised Thursday August 30.