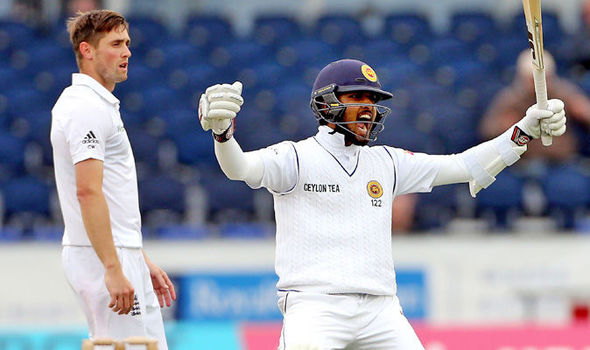 Chandimal hundred gets Sri Lanka’s tour up and running 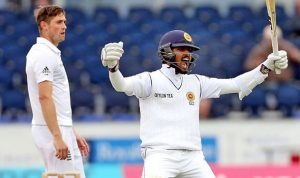 Captain Dinesh Chandimal warmed up nicely for next week’s start of the three-Test series against West Indies with a hundred, on the opening day of Sri Lanka’s three-day match against CWI President’s XI.

The right-hander stroked 108 as the visitors, opting to bat at the Brian Lara Stadium, ended Wednesday on 318 for six.

The President’s XI struck success with the first ball of the day when fast bowler Miguel Cummins bowled Kusal Mendis without a run on the board.

However, Chandimal then anchored two successive century stands to put the innings back on course. Firstly, he put on 130 for the second wicket with Perera, a stand that steered Sri Lanka to lunch at 97 for one.

Unbeaten on 48 at the interval, Perera faced 93 balls in a shade under 2-1/2 hours and counted 10 fours and a six before perishing in the second session.

Chandimal found an ally in Mathews to add a further 114 for the third wicket, as Sri Lanka strolled to tea on 210 for two.

All told, Chandimal struck six fours and three sixes in an innings which spanned 216 balls and just under 4-1/2 hours. Matthews, meanwhile, counted six fours in a 110-ball innings that required 2-1/2 hours.

His dismissal triggered a small slump where Sri Lanka lost three wickets for 44 runs to slide to 288 for five.

Dickwella propped up the innings in a 30-run, sixth wicket stand with Dilruwan Perera who made 17 before playing back to the final ball of the day and going lbw to Warrican.