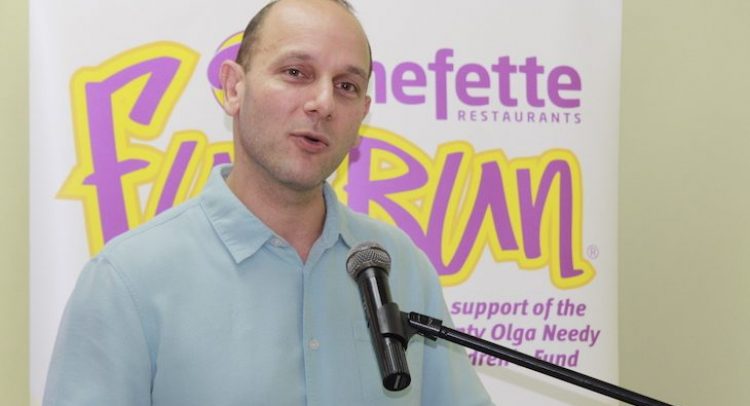 Chefette restarts with two-thirds of staff back to work

Forced to shut down its 14 outlets across the island for nearly two months due to the COVID-19 pandemic, Chefette’s managing director Ryan Haloute said the restaurant had to temporarily cut some of its hundreds of workers.

However, in an exclusive interview with Barbados TODAY, Haloute said the company, which employs almost 900 workers, provided over a quarter of million dollars in employee support through a combination of direct payments to staff who had exhausted their vacation time as well as food hampers to all its management teams and line workers.

The Chefette layoffs, Haloute noted, would be short-lived, as he expected the majority of employees will be back on the job soon.

“From May 18th, we will have over two thirds of our employees back at work at Chefette and Chef Foods Manufacturing and we are in the process of writing the rosters and working with the Barbados Workers’ Union to allocate as [many] hours as is feasible to our employees,” the company head noted.

He added: “Our operations are focusing heavily on following the COVID-19 Recommendation Framework for Food Establishments as published by the Barbados Government Information Service.”

Admitting that the unprecedented shutdown had impacted the popular fast food restaurant established by his father Sir Assad Haloute, he said management and general staff were excited to resume operations yesterday.

Asked whether the significant economic decline brought on by the novel coronavirus would stall its multi-million dollar investments such as the planned ice-cream manufacturing plant and meat processing facility at Lears, St Michael, Haloute told Barbados TODAY the projects was going ahead as planned with an opening date set for the middle of next year.

Chefette has also started work at Newton, Christ Church where it is building a massive family entertainment centre. Those projects at Lears and Newton are expected to employ some 150 people between them during the construction phase, and when completed some 350 people will find permanent work, bringing the company’s total employment figures to just over 1,200. This would make Chefette the largest local employer.

Meanwhile, as social media was littered with hilarious memes during the seven-week restaurant closure and imminent re-opening, Haloute said he was “humbled” by the level of support for the company.

“We are extremely humbled and grateful for the huge positive outpouring from our customers on social media,” he said.

And while COVID-19 had created many challenges for the company, Haloute explained it had also presented some opportunities.

“Our team is also working towards launching our delivery [service] after we have received all the vehicles, warmer bags, etc. and fully tested everything,” he explained.

“It is our intention to offer delivery as a permanent option once the response from our customers warrant this.”

No artificial substance or saliva, use sweat to shine the ball - ICC