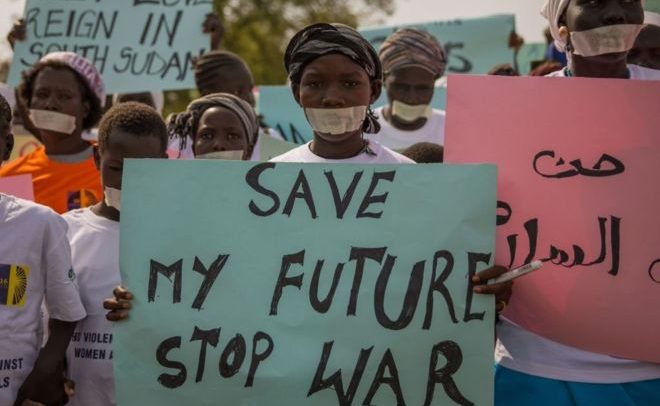 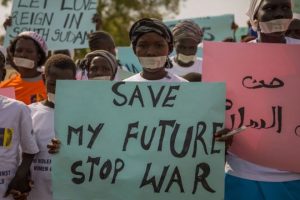 Children in South Sudan have been forced to watch their mothers being raped and killed, the UN says.

A report by UN human rights investigators says that 40 officials may be individually responsible for war crimes and crimes against humanity.

It says civilians have been tortured and mutilated, and villages destroyed on an industrial scale.

Conflict between government factions has continued in South Sudan despite a peace deal signed in 2015.

Of the 40 senior officials identified as potentially responsible for atrocities, five are colonels and three are state governors.

They have not been named by the report, but their identities could be made public at trial at a later date.

The UN says the testimony gathered from survivors is “devastating”, including some people being forced to rape family members “in cases reminiscent of Bosnia”.

One woman said her 12-year-old son was forced to have sex with his grandmother, in order to stay alive. The same woman also saw her husband being castrated.

Another man saw his companion, a man, gang raped and left for dead in the bushes.

“Sexual violence against men in South Sudan is far more extensive than documented”, says the head of the Commission on Human Rights in South Sudan, Yasmin Sook.

“What we see so far is likely just the tip of the iceberg.”

Another survivor, a pregnant woman in Lainya County, says she saw suspected opposition supporters being detained, tortured and then decapitated by SPLA fighters.

She was kept with the victims’ decomposing bodies. One of them was her husband’s.

“There is a clear pattern of ethnic persecution,” says Commissioner on Human Rights in South Sudan Andrew Clapham.

He adds it is “for the most part by government forces, who should be pursued for crimes against humanity”.

The plan is to take the evidence of crimes against humanity to a new hybrid court which is due to be set up by the South Sudanese authorities in partnership with the African Union.

But the problem is South Sudan’s government is unlikely to ever set up the court because its own military allies are thought to be some of the main culprits, reports the BBC’s Will Ross.

South Sudan’s government spokesman says it needs to “investigate the reality” of the UN’s report because “most of those types of reports are cut and paste”.

But Ateng Wek Ateng also told the BBC: “We take this report seriously.

“We would want the UNHCR to furnish us with information leading to the arrest of those 40 officials and we will make sure those 40 are brought to book.”

How to Lose Weight and Keep it Off