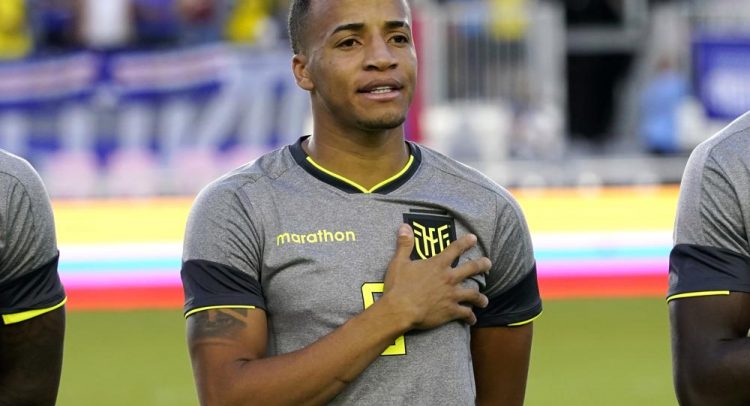 GENEVA (AP) — Chile presented its appeal challenging Ecuador’s place at the World Cup to FIFA on Thursday in a case regarding an alleged ineligible player, with a verdict possible within 24 hours.

Barely nine weeks before the 32-team World Cup is scheduled to start on Nov. 20, Chile is hoping to replace Ecuador in the opening match against host Qatar.

FIFA previously said it asked Ecuador player Byron Castillo, who Chilean officials claim is actually Colombian and should not have played in World Cup qualifying games, to be available to testify.

The appeal hearing was being conducted remotely from Zurich with only the three judges present.

A verdict is expected by early next week, and possibly as soon as Friday, though it is unlikely to resolve the case.

Either the Chilean or Ecuadorian soccer federation can appeal to the Court of Arbitration for Sport if they lose. CAS would then manage an urgent case in Lausanne, Switzerland.

The FIFA appeals committee rarely overturns a ruling by the soccer body’s disciplinary committee, which sided with Ecuador in a decision on June 10.

Castillo played in eight World Cup qualifiers and helped Ecuador advance to the tournament by placing fourth in the 10-team South American group.

Chile claims to have documents proving Castillo was never eligible to play for Ecuador, and so should forfeit all eight games. That would lift Chile to fourth place and drop Ecuador out of contention.

The case is proceeding while FIFA and Qatari organizers are selling thousands of tickets and accommodation rooms to Ecuador fans.

Chile prepared its legal arguments after the World Cup draw was made on April 1, when Ecuador was put into Group A with Qatar, the Netherlands and Senegal.

The FIFA judge overseeing the case Neil Eggleston, an American who is a former White House Counsel in the second administration of Barack Obama.

FILE – Ecuador’s Byron Castillo stands for the national anthem before the team’s international friendly soccer match against Cape Verde, Saturday, June 11, 2022, in Fort Lauderdale, Fla. FIFA has given Chile an appeal hearing on Sept. 15, 2022 to challenge Ecuador’s place at the 2022 World Cup over an alleged ineligible player. FIFA said Thursday, Sep. 1, 2022 its appeal committee has invited Byron Castillo, the Ecuador player at the center of the dispute, to be available as a witness. (AP Photo/Lynne Sladky, File)