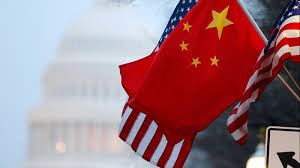 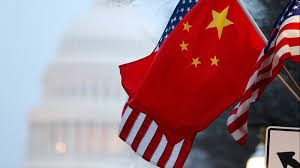 China’s embassy in Washington has issued a security advisory to Chinese nationals traveling to the United States, the latest such warning as trade tensions escalate between the two countries.

The embassy warned Chinese tourists to be aware of issues including expensive medical bills, the threats of public shootings and robberies, searches and seizures by customs agents, telecommunications fraud and natural disasters.

“Public security in the United States is not good. Cases of shootings, robberies, and theft are frequent,” the embassy said in the alert published on Thursday to its website.

“Travellers in the United States should be alert to their surroundings and suspicious individuals, and avoid going out alone at night.”

Aside from an additional warning about the risk of natural disasters, the advisory was similar to one the embassy posted in January.

Tensions are high between the two countries over the threat of tariffs.

U.S. President Donald Trump’s administration is set to impose tariffs on $34 billion worth of additional goods from China on Friday citing unfair Chinese trade practices, and has threatened successive waves of duties on up to $450 billion in Chinese imports.

China has vowed to retaliate in kind with its own tariffs on U.S. agricultural products and other goods and to take more “qualitative” measures if Trump escalates the conflict.

China’s Foreign Ministry, when asked on Tuesday if the timing of the alert was politically motivated, said the summer was the high season for Chinese going to the United States and that Chinese embassies had an obligation to warn citizens about potential risks abroad.

“This kind of reminder from the Chinese embassy in the relevant country, I think this is absolutely a matter that is in the scope of our duty,” ministry spokesman Lu Kang told a regular news briefing.

There was little mention of the latest embassy alert on Chinese social media.

But some foreign governments have argued that Beijing uses other means, such as curtailing outbound tourism, to settle political or trade scores, though the Chinese government typically denies such issues are linked.

China banned all group tours to South Korea for part of 2017 in the wake of Seoul’s decision to install the U.S. Terminal High Altitude Area Defense system (THAAD), which has a powerful radar Beijing worries can penetrate Chinese territory.