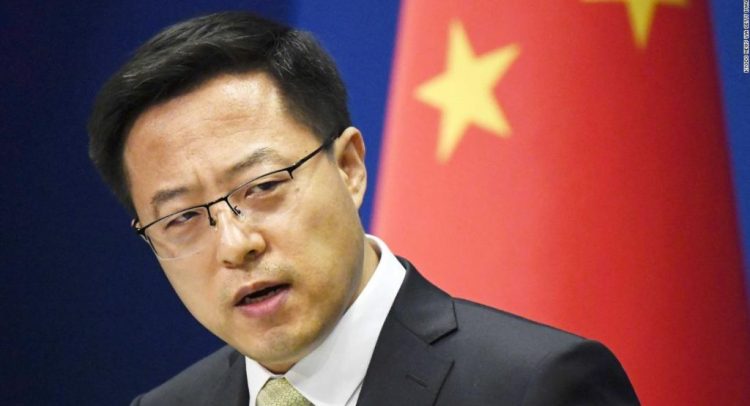 Beijing said Monday that it will impose sanctions on American companies — including Lockheed Martin, Boeing, and Raytheon — that have been involved in selling weapons to Taiwan.

Speaking at a press conference Monday, Chinese Ministry of Foreign Affairs spokesperson Zhao Lijian called on the United States to stop selling arms to the self-governed island and to cut military ties with the government in Taipei.

The sanctions are just the latest escalation in growing tensions between the United States and China over Taiwan. Even though the island has never been controlled by China’s ruling Communist Party, Beijing insists it is an integral part of its territory and has threatened to use force if necessary to assert its control.

“We will continue to take necessary measures to safeguard national sovereignty and security interests,” Zhao said. He reiterated that US arms sales to Taiwan “seriously violate” the one-China principle and harms China’s security interests.

The exact details of the sanctions have yet to be announced, but Zhao said they will apply to “relevant US individuals and entities that played a negative role in the arms sales.”

Boeing said the issue was one for governments to resolve.

“The US government decides on which defense systems to provide Taiwan and then makes the arrangements with the Department of Defense for the provision of such equipment,” a Boeing spokesperson told CNN Business.

“Foreign military sales to any country or entity is a direct contractual obligation between the purchaser and the US government/Department of Defense.”

Lockheed Martin similarly said that foreign military sales are “government-to-government transactions” and emphasized that it works closely with US leadership.

“Lockheed Martin adheres to United States government policy with regard to conducting business with foreign governments,” a spokesperson said. “We do business with more than 70 nations around the world, and all of our international sales are strictly regulated by the US government.”

Raytheon did not immediately respond to a request for comment.
In the past year, the Trump administration has moved to strengthen ties with Taipei, including increasing arms sales and facilitating high-level meetings between US and Taiwan officials.