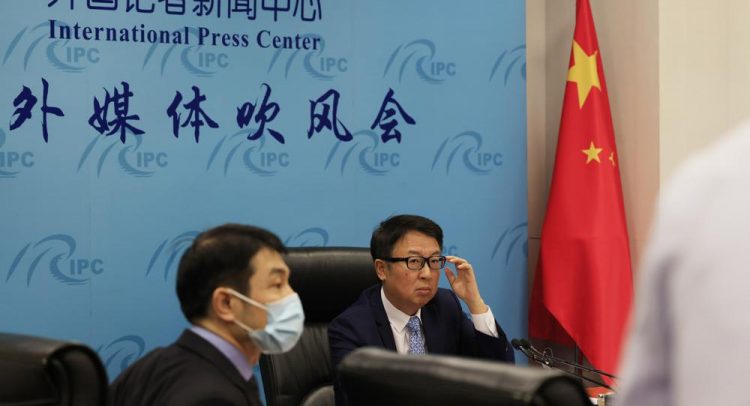 BEIJING (AP) — China said Thursday it is providing COVID-19 vaccines to nearly 40 African countries, describing its actions as purely altruistic in an apparent intensification of what has been described as “vaccine diplomacy.”

Wu compared China’s outreach to the actions of “some countries that have said they have to wait for their own people to finish the vaccination before they could supply the vaccines to foreign countries,” in an apparent dig at the United States.

“We believe that it is, of course, necessary to ensure that the Chinese people get vaccinated as soon as possible, but for other countries in need, we also try our best to provide vaccine help,” said Wu, who is director of the ministry’s Africa department.

While the U.S. has been accused by some of hoarding vaccines, President Joe Biden on Monday pledged to share an additional 20 million vaccine doses in the coming six weeks, bringing the total U.S. commitment to 80 million. The Biden administration hasn’t said which countries will receive them.

The doses will come from existing U.S. production of Pfizer, Moderna or Johnson & Johnson vaccine stocks. The administration previously committed to share about 60 million doses of the AstraZeneca vaccine by the end of June.

The U.N. Security Council called on Wednesday for accelerated availability of COVID-19 vaccines for Africa, expressing concern that the continent has only received about 2% of all vaccines administered globally.

A presidential statement approved by all 15 members at a council meeting on African issues reiterated the need for “equitable access” to quality, affordable COVID-19 tests, treatments and vaccines.

China’s vaccine diplomacy has been a surprising success: It has pledged roughly half a billion doses of its vaccines to more than 45 countries, according to an Associated Press tally.

With just four of China’s many vaccine makers claiming they are able to produce at least 2.6 billion doses this year, a large part of the world’s population will end up inoculated not with the fancy Western vaccines boasting headline-grabbing efficacy rates, but with China’s humble, traditionally made shots.

Egypt will start locally producing China’s Sinovac COVID-19 vaccine in June, with Sinovac enabling the Egyptian side to obtain the expertise and technical assistance to produce the vaccine, giving the license to manufacture and pack the vaccine in Egypt.

“Aid alone cannot solve Africa’s vaccine issues. We must support local manufacturing of vaccines in Africa, even though this is difficult due to (low) levels of industrialization,” Wu said.

Director of the Chinese Foreign Ministry’s Africa Department, Wu Peng, center right, prepares for a briefing in Beijing on Thursday, May 20, 2021. Wu told reporters on Thursday that China is currently providing COVID-19 vaccines to nearly 40 African countries and that the vaccines were either being donated or sold at “favorable prices.” (AP Photo/Ng Han Guan)

A$AP Rocky says he and Rihanna are dating, calls her the 'love of my life'