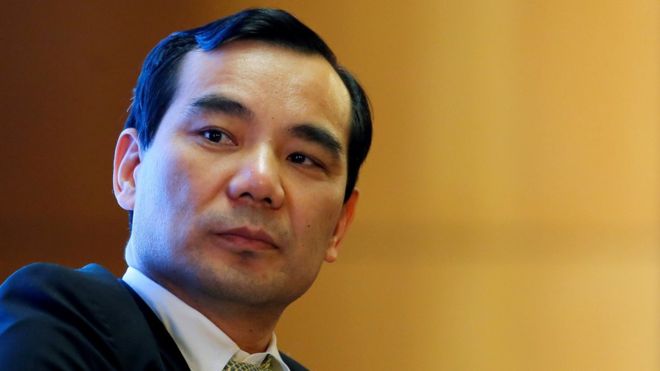 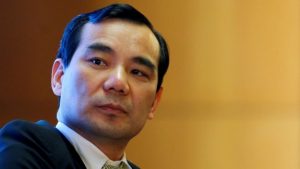 Beijing has cracked down on insurance and financial giant Anbang, taking control of the conglomerate and prosecuting the firm’s head.

Wu Xiaohui, who was already detained by authorities last June, is to face prosecution for “economic crimes”.

In an unusual move, Anbang Insurance Group will now be taken over by China’s insurance regulator for one year.

The firm is known for its aggressive international acquisitions, including New York’s Waldorf Astoria hotel.

Chinese authorities have been cracking down on the financial industry to guard against excessive borrowing and risk.

“Clearly it is designed to be a warning shot to firms engaged in particular types of financial engineering and leveraged acquisitions (as Anbang was),” Tom Rafferty of the Economist Intelligence Unit told the BBC.

“The government has made clear reducing financial risk is one of its main policy priorities.”

Anbang, which started out as a car insurance firm with state-owned backers, is recognised as one of China’s richest and most opaque conglomerates.

“The motivation in Anbang’s case probably is not just about delivering a warning shot, however, but probably some also real concerns that the company was heading for insolvency and the impact this would have on retail investors that purchased products from the company,” Mr Rafferty said.

In addition to selling insurance products, it owns a portfolio of international properties and global brands.

Mr Wu, who married the grand-daughter of former leader, Deng Xiaoping, was long thought to be one of the most politically-connected men in China.

After his detention last year, the company said in a statement that his duties as chairman would be managed by other senior executives.

On Friday, the China Insurance Regulatory Commission said he had been removed from his position altogether.

The government regulator said Anbang’s business would continue and that its external liabilities would not be affected.

It said the company’s current operations remained stable but that illegal operations may “seriously endanger” its solvency abilities.

It said its actions were aimed at keeping the firm operating as usual and to protect the rights and interests of consumers.

Last year, a company owned by the family of US President Donald Trump’s son-in-law, Jared Kushner, ended talks with Anbang over a major redevelopment project in New York City.

The potential deal had raised questions about a conflict of interest, given Mr Kushner’s role at the White House.