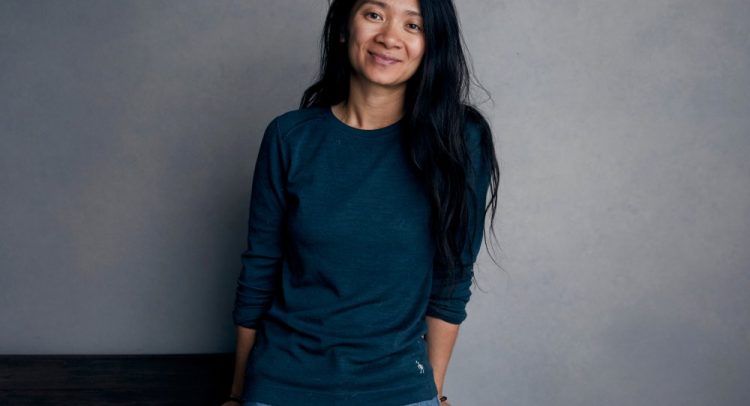 TAIPEI, Taiwan (AP) — Chloe Zhao’s success — she’s the first Asian woman and the second woman ever to win a Golden Globe for best director for her film “Nomadland” — has not been met with universal applause in her country of birth.

The Beijing-born filmmaker, now a leading Oscar contender, instead finds the news of her success overshadowed by a nationalist backlash regarding her citizenship and her identity. Censors have removed some social media posts about the film, which has raised questions about whether it will still be released in China.

Over the past week, Chinese web users questioned whether Zhao, who was educated in the U.K. and the U.S., was still a Chinese citizen and if she could be counted as Chinese given a critical comment she made about the country in 2013. Even as some celebrated her win, others dug up two interviews where Zhao said things that they considered an “insult to China.”

Now publicity about the film has been removed from social media, and at least two hashtags related to it have been disabled.

Searching for the hashtags “Nomadland has a release date” and “No land to rely on” (the film’s Chinese title) on popular microblog platform Weibo results in a message: “According to the relevant laws, regulations and policies, the page is not found.”

A post on Weibo from the government-backed National Arthouse Alliance of Cinemas that had featured a poster for the film no longer displays the poster.

On Douban, a popular app where many urban Chinese users discuss books, films and TV shows, the official Chinese poster for the movie as well as a release date in China were deleted Friday, according to Variety. The app’s landing page for the movie, with comments and its English-language poster, remain visible.

At the heart of the controversy are two quotes from previous interviews done by Zhao. Online users circulated screenshots from a 2013 interview with Filmmaker magazine where Zhao said, “It goes back to when I was a teenager in China, being in a place where there are lies everywhere.” The interview no longer shows the quote, but archived versions of the webpage showed the original.

The second quote came from an interview Zhao did with an Australian website, news.com.au, in December last year where she said “the U.S. is now my country.” Although the news site updated the story on March 3 to say they had misquoted Zhao, and that the article “has been updated to reflect she said (the U.S. is) ‘not’ her country,” the uncorrected version of the story was the one circulating widely on the Chinese internet.

It is unclear if the film will still be released in China. It was slated to be released on April 23, according to Chinese media. The China Film Administration did not immediately respond to phone calls seeking comment.

The online debate has been split. Nationalist commentators say Zhao betrayed her country, calling her “two-faced” and saying she left the country based on her father’s wealth as a former CEO of a state-owned enterprise. Other observers called for the debate to remain focused on her movie, which follows the story of a woman who lives in a van after the company that was the economic engine of her town in Nevada shut its doors.

A popular film critic, Chu Mufeng, praised Zhao and her film on his Weibo where he has 3 million followers, noting that “not only was she the first ethnically Chinese female director to win best director, she was also the first Asian woman.”

However, one of the top comments underneath his post said: “An American female film director, thanks, don’t praise her too much.”

Chu responded to the comment, saying, “If an ethnically Chinese chef was great at cooking, would you ask him where he was from? Treat a good movie as if it’s a feast, all you need to do is enjoy.”

FILE – In this Jan. 22, 2018, file photo, Chloe Zhao poses for a portrait during the Sundance Film Festival in Park City, Utah. Chloe Zhao’s success as the first Asian woman and the second woman ever to win a Golden Globe for best director for her film “Nomadland” has not been met with universal applause in the country where she was born.(Photo by Taylor Jewell/Invision/AP, File)