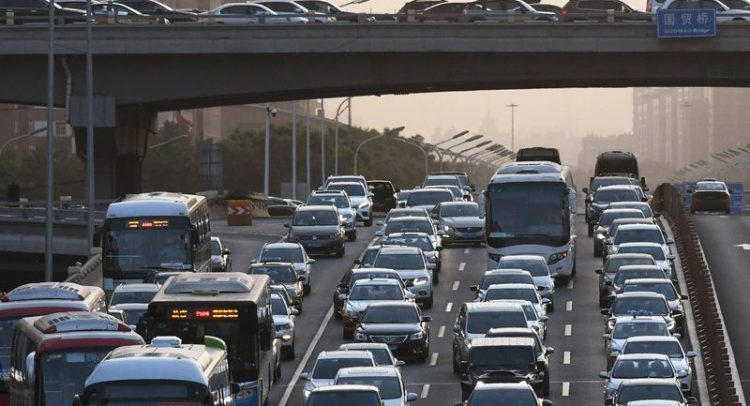 Chinese Oil Demand Is Almost Back to Pre-Virus Crisis Levels

Chinese oil demand is all but back to levels last seen before Beijing imposed a national lockdown to fight the coronavirus outbreak, according to people with inside knowledge of the country’s energy industry.

China is the world’s second largest oil consumer, behind only the U.S., and the country’s quick turnaround has helped tighten the petroleum market sooner-than-expected. West Texas Intermediate crude, which a month ago plunged into negative prices, surged on Monday above $30 a barrel.

In a remarkable turnaround after Chinese demand crashed by about 20% as the country went into lockdown in February, consumption of gasoline and diesel has fully recovered as factories reopen and commuters drive rather than use public transport, according to the people, who asked not to be named because they aren’t authorized to discuss the matter publicly.

The International Energy Agency, which publishes closely watched supply and demand estimates, is far more pessimist about Chinese consumption. In a report last week, it predicted that the Asian giant will consume less oil every month for the rest of the year than it did during the same period of 2019.

The collapse in Chinese consumption in early February marked the beginning of the worst ever chapter in the history of the petroleum industry and foreshadowed the impending damage to the global economy wrought by the virus. The oil crash was compounded by aprice war between Saudi Arabia and Russia that would eventually lead to negative prices. Now, OPEC and its allies have patched up their differences with an historic accord to curb production and output elsewhere, notably the U.S. and Canada, has also fallen significantly.

Gasoline and diesel are leading the recovery in China as commuters prefer the safety of their own cars, rather than using public transport.

Rush hour traffic in multiple Chinese cities has surged in the last couple of weeks, in many cases running either at or even above year-ago levels, according to data from navigation company TomTom International BV. The traffic has particularly intensified in cities other than Beijing and Shanghai, which typically have more space for the drivers that are now using their cars to commute into work.

Traffic congestion at peak times in cities such as Shenyang, Chongqing, Tianjin and Shijiazhuang is peaking at between 10 and 50 percentage points above the level of a year ago, according to data from TomTom. The data from the navigation company is widely used among oil traders to estimate real-time fuel consumption levels in China.

Diesel demand is also recovering strongly as Beijing encourages farmers to plant more to guarantee the country’s food security and industrial consumption recovers. The uptick in China’s gasoline and diesel consumption has prompted state and independently-owned refiners to crank up run rates to convert more crude oil into fuel, according to the people, who asked not to be identified because they’re not authorized to speak publicly on the matter. That means Chinese crude stockpiles are actually being drawn down.

Chinese oil refiners had in recent days embarked on a buying spree, snapping up barrels in the physical market, prompting prices to recover. “The Chinese are buying everything in sight,” said a senior executive at a major trading house.

The price of crude that’s popular with Chinese refiners, including Lula from Brazil, Djeno from the Republic of Congo, and Oman has rallied so far this month. A month ago, Lula changed hands at a discount of about $6 a barrel under the benchmark Brent. On Monday, one Chinese company bought a cargo at around $1-$1.50 a barrel premium to Brent, traders said.

The country’s independent refiners, known as teapots, are processing crude at a record of nearly 75% of their capacity, much higher than 60% a year ago. The teapots have a combined refining capacity of about 4 million barrels a day, making up a quarter of China’s total.

Sinopec, the state-owned giant that’s the largest refiner in the country which about 5.8 million barrels a day of capacity, is also increasing the amount of crude it’s processing. The one laggard is PetroChina, which also operates about 4 million barrels a day, and so far hasn’t increased rates to the same extent.

Photo: Traffic on an overpass in Beijing on May 12. Photographer: Greg Bker/AFP via Getty Images