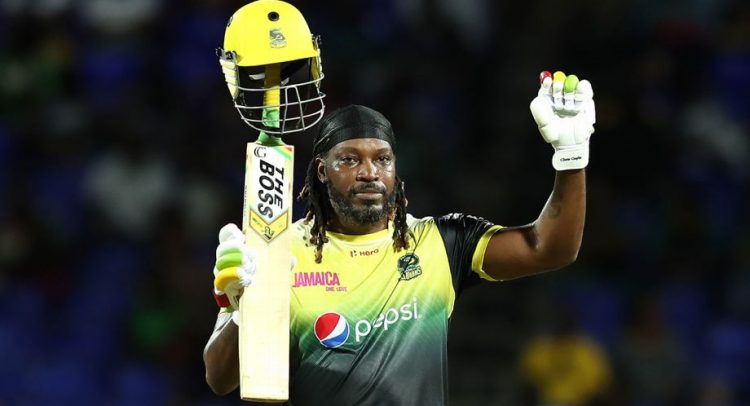 Chris Gayle opts out of CPL 2020 owing to personal reasons

ESPNcricinfo understands Gayle communicated his decision on Monday to St Lucia Zouks, the franchise he was going to play for in this CPL, saying he would not be available to play due to personal reasons.

Gayle’s decision was confirmed by the Zouks franchise. It is understood that in his email Gayle pointed out that due to the lockdown, he has not been able to meet his family and his young child who are in St Kitts while he has been in Jamaica. Gayle said he needed a break and wanted to spend time with his young family.

Gayle signed up with Zouks in April after an acrimonious fallout with Jamaica Tallawahs, where he had returned in 2019 for a second stint. The Zouks would have been the third team Gayle would represent in the CPL after two stints with Tallawahs (2013-16 and 2019) and a two-year stay with St Kitts and Nevis (2017-18).

The Zouks franchise saw a change in ownership this February after it was bought by KPH Dream Cricket Private Limited, which also owns Kings XI Punjab in the IPL. The franchise also made changes to the coaching staff, appointing former Zimbabwe captain Andy Flower as the head coach.

Gayle’s abrupt decision is understood to have disrupted Zouks’ plans for the players’ draft, which will be conducted virtually for the first time due to the travel restrictions imposed by countries to arrest the spread of the Covid-19 pandemic. The Zouks signed up Gayle as one of the marquee players outside the draft in the US $130,000 – 160,000 price bracket. In his absence, the franchise is likely to get the first pick at the draft now.

It is not clear whether Gayle’s decision was influenced by the pay cut proposed by the CPL in the wake of the pandemic. In an update he sent recently to all stakeholders, the CPL operations manager Michael Hall said top-earning players would be asked to take a pay cut of up to 30% compared to the 2019 contract. In Gayle’s case, he would have received about $112,000 after the 30% proposed cut from the Zouks.

It is understood that players and staff from all the six franchises have accepted the pay cuts although the CPL has not sent out any details.

Gayle is 40, but had said he desires to play until he is 45. Despite being the highest run-maker in T20s, Gayle has struggled with consistency in the past few years. Last CPL, he aggregated 243 runs in 10 matches including a century as the Tallawahs, along with the Zouks, failed to make the play-off stage. Gayle has also not featured for West Indies since the 2019 World Cup.

In May, Gayle had escaped sanctions from the CPL after his public outburst against Tallawahs’ management, including its owner Krish Persaud, Jeff Miller, the chief executive and former West Indies teammate Ramnaresh Sarwan, who was the assistant coach, for abruptly releasing him without his knowledge. In a video he released on YouTube on April 27, Gayle pulled up Sarwan for playing a “big part” in his release and blamed Persaud and Miller for “playing games” with him.

While Gayle accepted to the CPL Tournament Committee that his actions would have brought “damage” to the tournament brand as well as Cricket West Indies, he stood by his original “comments” against Sarwan and the Tallawahs’ management.

Gayle has been an integral force behind CPL becoming a global brand. It was his desire to finish his career in front of his home crowd in Jamaica and hence he had signed up as a marquee player in a three-year contract with the Tallawahs at the 2019 draft. “It was my greatest wish to finish my CPL career in Jamaica – playing in front of my home crowd at Sabina Park with the franchise that I had previously led to two CPL titles,” Gayle said in his statement in May.

Asked for a comment, a CPL spokesperson said that the organisers understood Gayle’s decision. “We understand that Chris has decided to not take part in CPL personal reasons. We wish Chris all the best for the rest of 2020 and hope to see him back at CPL in 2021.”