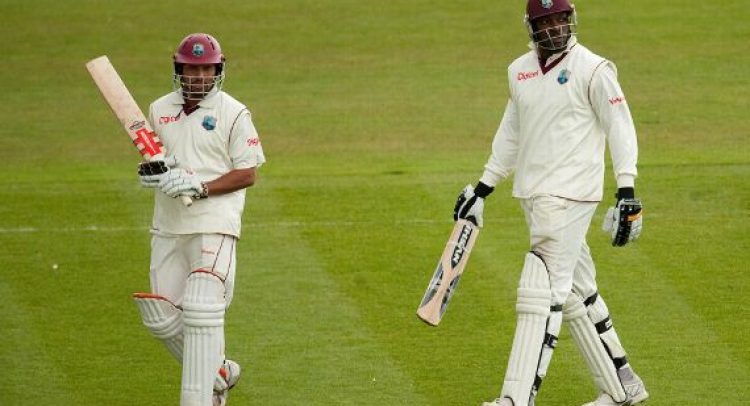 Chris Gayle has avoided sanction for his public criticism of Ramnaresh Sarwan and other Jamaica Tallawahs personnel, after the CPL Tournament Committee (CTC) said in a media release on Friday that it was satisfied with the batsman’s statement, even though he stood by his comments – calling Sarwan a “snake” and “vindictive”, and accusing the franchise owners of “playing a game”.

A three-member independent tribunal had been looking into Gayle’s comments, made in a YouTube video on April 27, where he had made clear his displeasure at being abruptly ousted by Tallawahs for the 2020 season.

In the statement, Gayle indicated that he realised how his words might bring disrepute to the tournament and Cricket West Indies. “I made these videos with one single intention – to explain to the fans in Jamaica the reasons behind what has now become my second departure from Tallawahs franchise,” Gayle’s statement read. “It was my greatest wish to finish my CPL career in Jamaica – playing in front of my home crowd at Sabina Park with the franchise that I had previously led to two CPL titles.

“In so far as my resentment at the treatment, I stand by my comments in those videos. My words were spoken from the heart. Having said that, I must be honest and say that I now realize how portions of my comments may be viewed as being damaging to Cricket West Indies, and to the CPL Tournament and its brand – a tournament which I have sincerely enjoyed not just being a part of, but also helping to build and promote.”

The CTC said it was satisfied that Gayle would continue to act in good faith and the tribunal, set up after a formal complaint on May 6, would no longer be needed, and that the CTC, CPL, and CWI all considered the matter closed.

Gayle had returned to Tallawahs – the Jamaica CPL franchise – last season after a stint with St Kitts and Nevis Patriots for the two seasons. Gayle had been given a three-year contract and said he had always wanted to end his career in the “uniform” of Tallawahs. But in a late development late in April, he ended up signing for St Lucia Zouks. Just about a week after that, he lashed out at Sarwan, who is an assistant coach at Tallawahs, the chief executive Jeff Miller and owner Krish Persaud.

“It was never my intention to damage the T20 Tournament, as playing in the CPL has guaranteed an opportunity for the past 7 years to play in front of the great fans of the Caribbean. This is a privilege which I genuinely appreciate and have never taken for granted”

With Sarwan, in particular, Gayle had indicated the issue went as far back as to their Under-19 days in 1996, when a complaint about Gayle watching TV late into the night forced head coach Gus Logie to evict him from a camp.

Gayle said in his video that Tallawahs had a “good” team last season, but were “traumatised” by Sarwan, who he claimed was close to Persaud. “Sarwan wanted to be the manager, he wanted to be the coach. But Sarwan is like the owner for the team because Sarwan go back and tell the owner what transpired within the team,” Gayle had said. “Sarwan want to put curfew for players when game starts at 8 o’clock. Sarwan, when me and you play for West Indies, we used to party every night, so why you want to put curfew for players, why do you want to tie down players?

Following the outburst, Sarwan had “categorically” denied any hand in Gayle’s ouster from the team and said that decision had come from the owners and management.

“In that video, he has levelled false allegations and tarnished the good name and reputation of a series of persons,” Sarwan had said. “I was the focus of most of the onslaughts. I reply, not because I feel that Gayle’s rantings are worthy of it, but because I feel that the public’s record must be set straight and also, to protect the character and careers of so many people, whose image he sought to besmirch.”

On Wednesday, CWI president Ricky Skerritt had hinted on a Trinidad-based radio station that Gayle’s comments might draw sanctions for bringing the game to disrepute, given that he was still active in the league and not a retired player speaking as an outsider.

The CPL, independent from the CWI, was satisfied with the statement, which went on to say: “It was never my intention to damage the T20 Tournament, as playing in the CPL has guaranteed an opportunity for the past 7 years to play in front of the great fans of the Caribbean. This is a privilege which I genuinely appreciate and have never taken for granted.

“Right now, my eyes are fixed firmly on the season ahead, and the new challenge which playing for the St. Lucia Zouks franchise will bring. I hope to see you there.”

The tournament is scheduled for August-September this year.

Borussia Dortmund 4-0 Schalke: Raphael Guerreiro at the double as BVB return in style