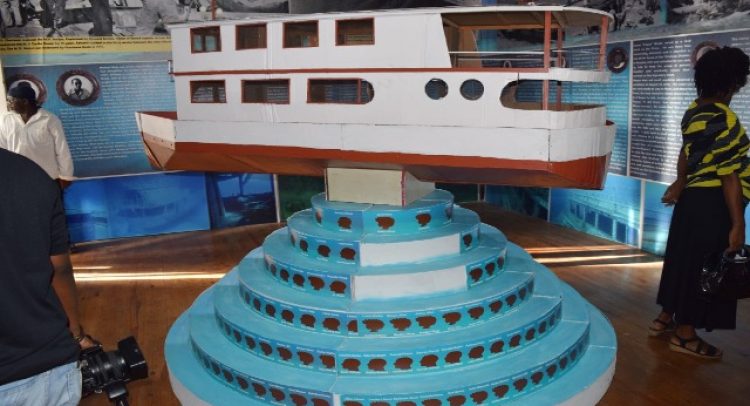 Basseterre, Wednesday, 5th August, 2020, (MyVue News.com)- Fifty years after the Caribbean’s most tragic boating accident of the 20th Century, a monument is to be built in St. Kitts, in recognition of the MV Christena disaster.

This assurance has been given by the Minister of Finance and Prime Minister of St. Kitts & Nevis, Dr. Timothy Harris, who also promised other tangible support for the National Museum in Basseterre.

“I want to pledge further that my government will, before the next commemorative event, next year, properly establish an appropriate memorial, in honour of the memory of those who …perished,” stated the Prime Minister, at a special anniversary ceremony.

Since the accident of 1st August, 1970, there have been calls from some sectors of society, for the placement of a monument in Basseterre, in recognition of the 233 persons who died and the 90 who survived.

At the ceremony, the President of the St. Christopher National Trust, Schneidman Warner, made an appeal for support, not only for funds to help in the work of the museum, but also for the placement of a monument and the teaching of the disaster in the schools of the country.

“Its a sad occasion, because after 50 years, we still have nothing on St. Kitts to commemorate the events of August 1st, 1970. Nothing commemorating 233, (people), who died that day. The victims deserve to be remembered,” declared Warner.

He continued, “At Springfield, there is no indication that many people…have been dumped into a mass grave at Springfield Cemetery. There is not even a single cement block, saying this is where those people were buried. These things must be corrected.

“It is never too late to do the right thing,” he argued, with the Prime Minister sitting just six feet in front of him.

The message and the appeal from the president seemed to have hit its mark, because when the Prime Minister was ending his own remarks, he admitted, “It was hard not to feel incredibly emotional over what transpired in our beautiful country some 50 years ago.”

As a one minute silence was observed at 4:10 p.m. (last Saturday), which was the approximate time of the sinking of the Christena in 1970, and following the reading of the names of those who were lost in the tragedy, Harris, who listened attentively, said it was difficult not to be moved.

He said the story of the Christena is filled with pain and suffering. “Fifty years after, people are still fighting to bring closure to their grief, (and to), their circumstances.”

In addition, Harris promised an annual government contribution of $25,000 to help cover the costs associated with mounting the yearly Christena exhibition.

But he was even more generous with a two million dollars budgetary support for the renovation of the National Museum, whose president says, it needs just over 4 million dollars to properly enhance the physical and other infrastructure of the 126 year old building that houses the museum.

The ferry sank while making its final journey to Nevis, during the busy Emancipation weekend, with vendors heading back to Charlestown after a busy sales day, and others, from St. Kitts, heading to the sister island for a weekend of fun and family visits.

The 50th Anniversary Ceremony on Saturday afternoon, was the first of its kind on St. Kitts. Similar events have been ongoing in Nevis for many years, and there are also two monuments on that island, honouring the victims.

Kittitian Entrepreneur Transforming Restaurant Industry in St. Kitts-Nevis: The Nuwaay to Dine Out