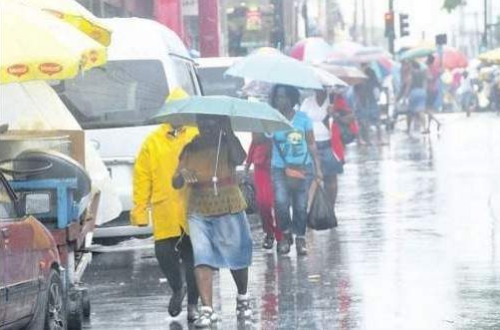 The Barbados-based Caribbean Institute for Meteorology and Hydrology (CIMH) says as the region transitions from the dry into the wet season it is not forecast to be excessively wet in countries like Belize and several other Caribbean countries.

CIMH, which coordinates the Caribbean Climate Outlook Forum (CariCOF), said with September to November usually being the wettest part of the year “there is a forecast for slightly lower potential for long-term flooding than usual at this time, however, flash flood concern is expected to peak in the coming months”.

“Usually out of 91 days in September, October, November, there are about 35 to 50 wet days. Some rainfall may be drier than usual throughout the region except Bahamas and Cayman Islands, with fewer wet days across the region except for a small increase in in the Guianas,” the CIMH said.

It said as the region transitions from the dry season into the wet season,” we are currently not seeing any shorter term drought concern developing throughout the region”.

The CIMH said that during the period May to July, “much of the region observed the usual rainfall or less, leading to short term drought in Barbados, the Leeward Islands and southernmost Hispaniola. “Temperatures were around average or cooler for most of the Lesser Antilles as well as Puerto Rico and northern Guyana, while other areas observed warmer temperatures.”

But it noted that there are drought warnings for north western Belize, while a drought watch is in effect for Cayman Islands, Dominica, Grenada, Haiti, western Jamaica, southwestern Puerto Rico and Tobago.

According to the CIMH, up to the end of July, the drought situation had been worst in parts of Barbados, the Leeward Islands, as well as in southern-most Hispaniola, while long term drought conditions had been recorded in Antigua.

It said that by the end of November this year, shorter term drought is evolving in northwestern Belize and might possibly develop in northeastern Belize, Cayman, Dominica, Grenada, Haïti, western Jamaica, southwestern Puerto Rico and Tobago.

Heat discomfort and heat stress caused by high temperatures and humidity, especially during heatwaves, is expected to decrease over time, the CIMH said in its latest bulletin.

Uber and Toyota team up in race for driverless cars