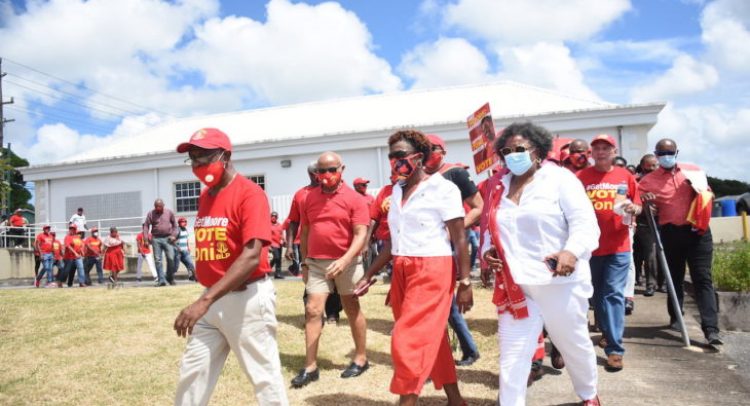 Outgoing Member of Parliament Gline Clarke has already agreed to renounce his Canadian citizenship ahead of his appointment as this country’s High Commissioner to that North American country.

That disclosure came from Prime Minister Mia Mottley, as she indicated that the discussion surrounding his dual citizenship occurred prior to his resignation as Member of Parliament for St George North .

Her comments come on the heels of the issue being raised by Opposition Senator Caswell Franklyn on a People’s Party for Democracy and Development (PdP) campaign platform last week.

Speaking today on Nomination Day ahead of the November 11 by-election, the Barbados Labour Party (BLP) leader dismissed the sentiment as an example of the “politics of irrelevance” emerging from opposition parties in the ongoing campaign.

According to Mottley, there was an understanding that in order to accept the offer of High Commissioner to Canada, Clarke would have to relinquish his Canadian citizenship.

“The first time I had a conversation with Gline Clarke, even before he decided to accept the job and retire, he already held Canadian citizenship and we discussed that he would have to give that up in order to take the job,” Prime Minister Mottley told reporters.

“So when you seek to elevate distractions and to give the newspapers front page stories, column inches and editorials, it is an irrelevant consideration and we want to hear people talk about how we can position ourselves to get as many people working again.”

She noted that at this time, political pundits ought to be tackling issues of national, regional, and international relevance instead of incorporating “irrelevant considerations” into their national contributions.