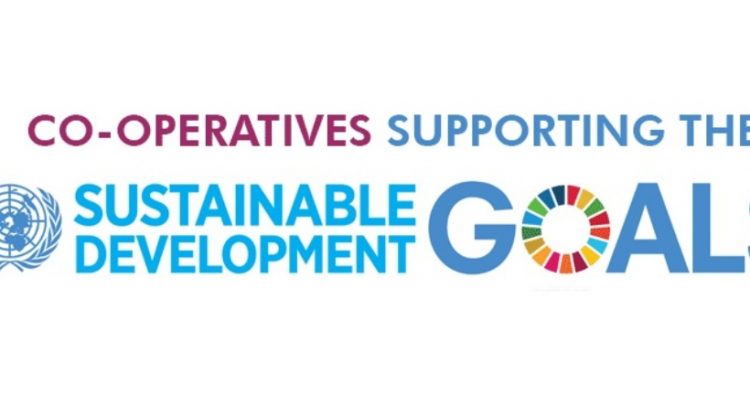 Basseterre, St. Kitts, July 05, 2018 (SKNIS): The Department of Co-operatives in collaboration with the local co-operative movement and allied agencies is celebrating Co-op Week 2018 from July 1-8 under the theme “Sustainable Consumption and Production of Goods and Services”, with the aim of highlighting the activities carried out by the various organizations.

Appearing on Wednesday’s (July 04) edition of “Working for You”, Alistair Edwards, Permanent Secretary in the Ministry of Agriculture, noted that it is important to highlight this week as there is much work done by the cooperatives that needs to be recognized.

“It is the second year now that we have organized what we call Co-op Week with that general aim to focus on the activities of our Cooperatives on St. Kitts and probably to a lesser extent on Nevis. It is mainly to give recognition to the work that these Cooperatives are doing,” he said.

He spoke to a number of activities to commemorate the week including: a church service; radio appearances that promoted the local cooperative movement; talks in primary schools by noteworthy authorities of the Cooperatives; and the re-opening of the public market in Sandy Point. He used the occasion to invite the general public to the Co-op Fair on Friday, July 6, at the Independence Square in Basseterre.

“This is supposed to be the marquee event where you can see a lot of the efforts from the various cooperatives coming to the fore and they are coming live and lively before you, so it is something that you should not miss,” he stated, noting that the week will culminate with the global address by the Minister of Agriculture, Honourable Eugene Hamilton, to commemorate International Co-operative Day on Saturday, July 07.

He stated that there are benefits to be derived in joining cooperatives, adding that he has always pushed for the idea of persons coming together for the purpose of a common need as it is almost impossible to satisfy the individual needs.

“It is much better to work with groups of persons. Not only that, but we recognize too that the international agencies give assistance… not to individuals but to cooperatives. As long as you are properly structured cooperatives you can get help and you will get help,” said Mr. Edwards, adding that a number of farmers are fully aware.

To date, the St. Kitts Farmers Cooperatives benefited from equipment to the tune of US$25,000, while roughly 16 agro-processors who are registered as co-op members received training in Trinidad at no cost to themselves or the government.

New tech could soon let you test whether your lettuce carries E. coli