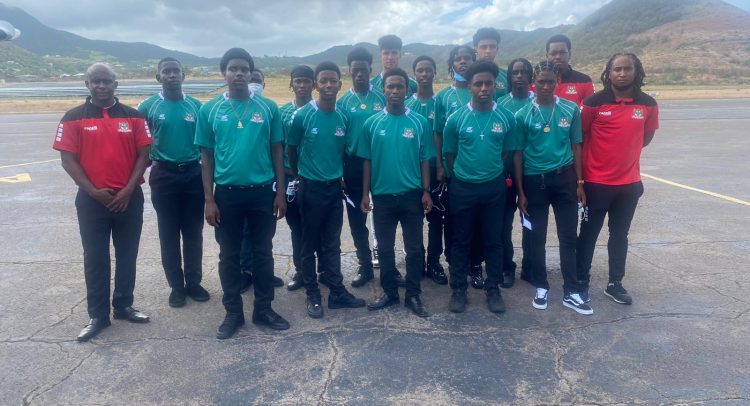 Coach Welsh: The boys are ready to embark on this new journey

The Young Sugar Boyz departed the Federation on Monday to Honduras where they will be competing in the Concacaf U-20 Championship. The day before their departure, the team engaged in their final training session, where Coach Kevin Welsh expressed confidence that the over six-month long training program, has gone well. “The preparation has gone very well. There were players that had some knicks and knack, but they ae fully fit and are ready to embark on this new journey in their lives,” Welsh said.

From a fitness standpoint, he said they have improved significantly, and he expect them to do well in the tournament. “From where we were at the stat to where we are at now, the players are collectedly ready, fully fit to deal with any particular situation they may be faced with at this tournament…we have the quality and expect to do well,” Coach Welsh said confidently. St. Kitts and Nevis will compete in Group E with Cuba, Canada and the USA. Their first match is against the USA at 7:30pm.

Featured Image – Members of the St. Kitts and Nevis Under 20 team and coaching staff at the RLB International Airport before departing the Federation on Monday to Honduras.