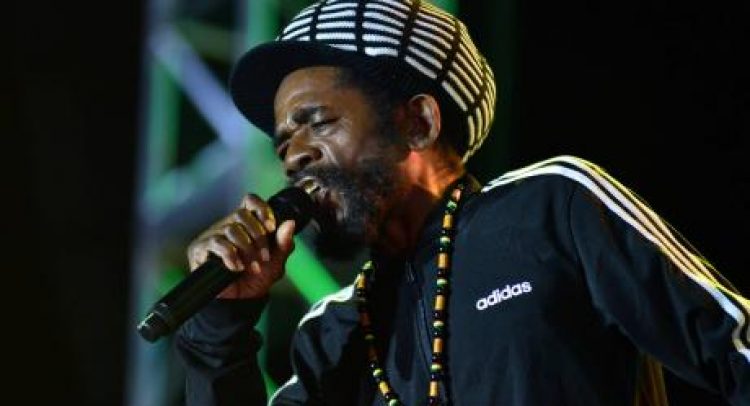 In 1984, the “likkle short man from Clarendon”, Colvin Scott, made his very first trip to the city that’s so nice they named it twice – New York, New York, USA. And that started a more than three-decade-long love affair that only intensified as the years rolled by.

“My first trip outside of Jamaica to perform was with Junjo Lawes and Volcano Sounds. We spent three to four weeks in New York doing performances, and we were welcomed by the Jamaican and Caribbean people, especially. And I can say that for many artistes out of Jamaica, they have a similar story of New York being their first stage in foreign,” Cocoa Tea, as he is known to fans, told The Sunday Gleaner.

In 1994, he penned lyrics about New York in a song titled Rikers Island, which he recorded at HC&F studio in Long Island for the Brooklyn-based Mister Do label. He first performed it at the Apollo Theatre in New York, and Cocoa Tea reportedly had to “wheel it up” multiple times. Fast-forward to 2020, and the reggae singer is again turning the musical spotlight on a place that is dear to his heart. A video clip of Steven Stanley, considered one of the Caribbean’s finest audio engineers, moving around in the studio while mixing the song, Build Back New York, is testament to the greatness of the track. Stanley moves from the mixing board and jogs around the studio, chatting gibberish, all because the “chune bad”.

The videographer comments, “See when chune bad, it move mountains!” And he hit the proverbial nail on the head because Cocoa Tea’s intent is to remove mountains of pain and stress from New Yorkers and replace it with hope. New York has emerged as the epicentre of the dreaded coronavirus and the singer felt it vital to respond by using music as medicine to uplift the sagging spirits of the people.

“New York is very dear to us. It is like the capital of the world. It is the city that never sleeps. Manhattan at nights is dazzling with lights and busy with activity. But not anymore,” he lamented. “New Yorkers needed something that tells them that there is a brighter tomorrow and show just how much we really care,” Cocoa Tea shared.

Harnessing the soothing power of music, the singer, who has been injecting mood into his love songs long before mood was even a thing, flows melodiously on this morale-boosting track: “Let me hear everybody say God bless New York … . Build back New York, New York is still the place that we love to live, we mourn for those who are gone, but those of us who live will carry on …. we’re a people of resilience and a nation of excellence. We may be down but we’re never out … You can put New York to any test, we will come together and shine like the sun once more.”

Cocoa Tea, who was forced to wait out the coronavirus in the US, says he is humbled by the overwhelmingly positive feedback from appreciative New Yorkers who say that Build Back New York is exactly what the doctor ordered. And that has put a smile on his face as the weeks grow into months and all plans are put on hold.

“2020 was looking good. I have a new album in the making in collaboration with Walshy Fire of Major Lazer and distributed by Delicious Vinyl,” he disclosed.

With regard to live events, Cocoa Tea had a full roster that has now been wiped out. “This weekend, for example, I would have been in Hawaii and then on to California. I was supposed to perform at Reggae Sumfest this year as well. All stage show business get a hit, and in our industry, we depend on touring. But the best thing we can do is hold a positive vibe because we have life, and that’s the greatest,” he said and signed off with a message urging his colleagues in the music industry and all who have eyes to see to recognise that it will not be business as usual.

CDB: Many Caribbean countries will fall into recession