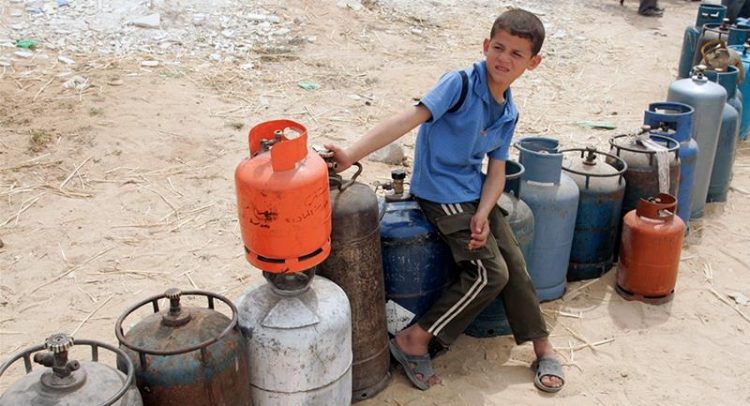 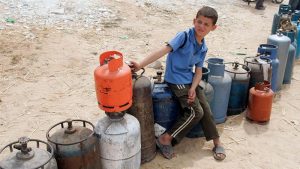 Israel has further tightened its blockade on the Gaza Strip, preventing gas and fuel deliveries through its only commercial crossing with the Palestinian besieged enclave a week after Israeli authorities announced the closure of the crossing.

The Kerem Shalom Crossing was shut down on July 9, and initially, items deemed as “humanitarian” would only be allowed to enter Gaza, such as food, hygiene and medical supplies, fuel, animal feed and livestock.

However, the defence ministry announced late on Monday that fuel and gas deliveries will also be suspended, and that the crossing will remain open only for food and medicine on a case-by-case basis.

“In light of the continued terror efforts of Hamas,  Defence Minister Avigdor Lieberman has decided, after consulting with the chief of [military] staff, to close Kerem Shalom for the passage of fuel and gas until Sunday,” a statement from the ministry said.

Furthermore, the fishing zone enforced by Israel off the Gaza Strip will also be reduced from six nautical miles to three – after it was already reduced last week from 12 nautical miles.

The UN and Gisha, the Legal Centre for Freedom of Movement, called Israel’s latest measure an act of “collective punishment”.

“There is no other way of describing this measure other than collective punishment. Pretending to know what Gaza needs and trying to ‘manage the situation’ harkens back to earlier iterations of the closure, is morally depraved and constitutes a willful act of hubris in a volatile situation,” a spokesperson from Gisha said.

Hamas, the Palestinian group that runs Gaza, had described the closure as a “crime against humanity”.

Israel says it has no interest is engaging in another war with Hamas, but says it will no longer tolerate the flying of incendiary kites and balloons into Israel.

Palestinians in Gaza view the balloons and kites as legitimate resistance against Israel’s more than decade-long blockade, which has caused widespread economic hardship.

Even after Hamas agreed to a cease-fire late on Saturday, incendiary kites and balloons have continued to float from Gaza into Israel setting off damaging fires to farmlands.

Egypt has also maintained the blockade with Israel over the strip, in an attempt to weaken Hamas.

A spokesman for Israel’s fire service said around 750 fires have burned some 2,600 hectares, estimating the damage at millions of shekels (hundreds of thousands of dollars or euros).

The tightening of the blockade comes after Saturday’s heaviest exchange of fire between Israel and Palestinian groups in Gaza since the 51-day Israeli military assault on Gaza in 2014.

Israel carried out air strikes partially in response to the months of fires started by the kite firebombs, but also over continuing protests and clashes along the Gaza border.

The same day Hamas said it launched rockets and mortars in response to the Israeli air strikes which wounded 30 Palestinians. Four Israelis were lightly wounded in the nearby Israeli city of Sderot.

The weekend’s violence came after months of near-weekly border demonstrations aimed in part to protest the Israeli-Egyptian blockade of Gaza. At least 137 Palestinians have been killed by Israeli fire since the protests began on March 30.

With Incorporation of Lighthouse Baptist Church Ministries in St. Kitts, Its Community Outreach is Praised