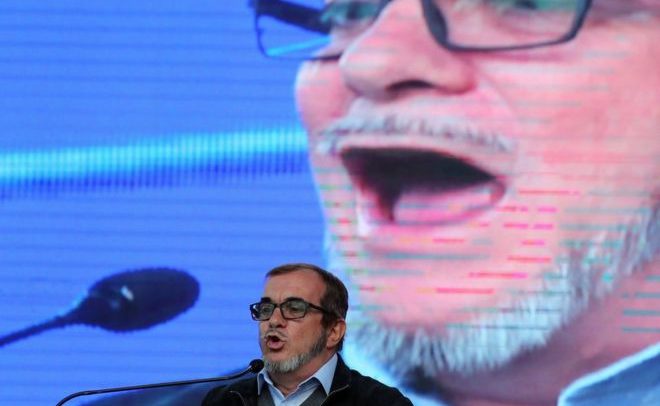 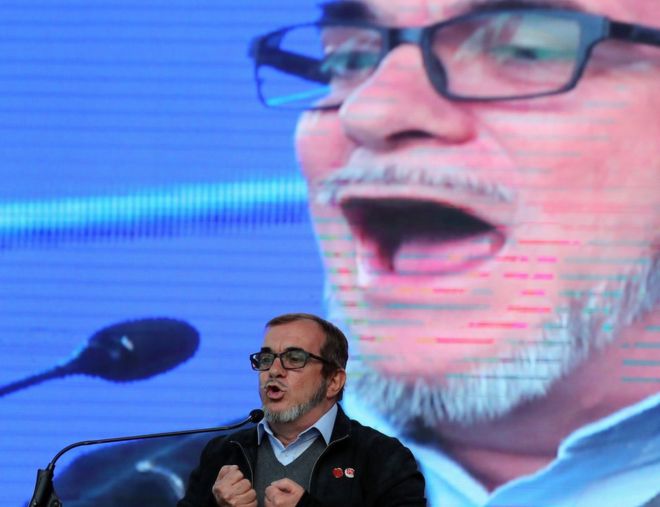 The Farc former rebel group says its candidate for the presidential election in May is withdrawing from the race because of ill-health.

The group’s leader, Rodrigo Londoño, is recovering after undergoing heart surgery in a Bogotá clinic on Wednesday.

Better known by his nom de guerre, “Timochenko”, he had only been polling about 1% support.

But the group says it will continue to stand in legislative polls this Sunday.

Under the terms of the 2016 deal that brought an end to the Farc’s half-century of armed struggle, it is guaranteed 10 seats in the legislature as long as it campaigns for them.

It is still known by the same acronym as before but the letters now stand for the Alternative Revolutionary Force for the Common People rather than, as before, the Revolutionary Armed Forces of Colombia.

“The surgery which took place yesterday, combined with… features of the electoral campaign, has led us to decline our presidential aspirations,” said Farc number two and Senate candidate Ivan Marquez.

The party has cancelled campaigning events over protests it says are from right-wing groups. Last month Timochenko’s motorcade was pelted with tomatoes and eggs by angry protesters.

Timochenko has a history of health problems – he suffered a heart attack while negotiating the peace deal in Cuba in 2015, a stroke in 2017 and another heart attack last week, prompting Wednesday’s surgery.

Taking on the Electoral Reform challenge