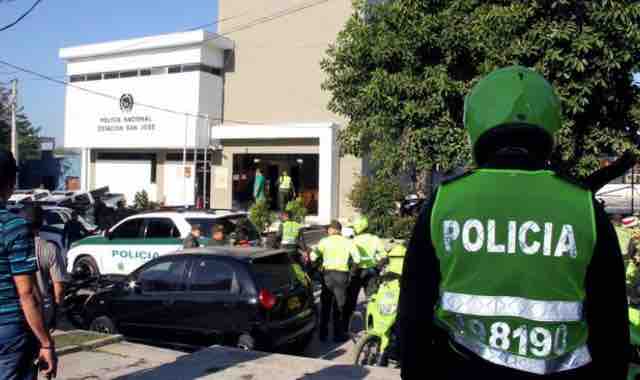 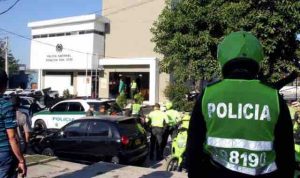 At least five police officers have been killed and dozens wounded in the bombing of a Colombian police station.

Officers were gathered to receive their morning assignments when the bomb exploded outside the station in the city of Barranquilla.

Officials said the attack was probably in retaliation for a crackdown on drug trafficking and organised crime.

Police have offered a reward of 50 million pesos (£12,700) for information about the attackers.

It is believed the device was detonated remotely, possibly having been planted earlier.

One 31-year-old suspect has already been arrested, Colombia’s office of the attorney-general said.

“We will charge (him) with five aggravated murders … attempted murder, terrorism and use of explosives,” Attorney-General Nestor Martinez said in remarks carried by AFP.

Colombian newspaper El Tiempo said the suspect had been found near the station with radio equipment and plans of the police station.

It is believed a number of others were also involved in planning and carrying out the attack.

In addition to the five dead officers, more than 40 others were injured.

Most injuries were not life-threatening, but several officers remain in serious condition in nearby hospitals, local media said.

President Juan Manuel Santos labelled the attack “cowardly” and said authorities would not rest until they had found those responsible.

While authorities said the bombing probably came in retaliation to a police crackdown, local media reported that it may have been orchestrated as a distraction – because an armoured car was robbed nearby at the same time.

The attack also came just weeks ahead of Barranquilla’s annual carnival, which is the second-largest celebration of its kind, after the famous Rio carnival.