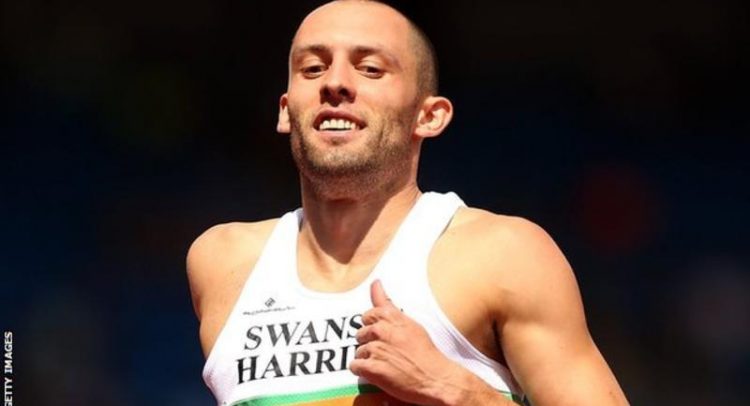 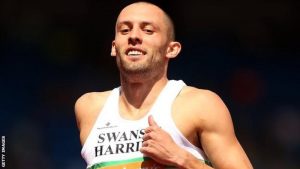 It was only supposed to take a month. At first it seemed it had.

“The hernia wasn’t too bad to come back from, I made a speedy recovery,” said Dai Greene in August 2013 as he prepared to defend his 400m hurdles world title five months after an operation to repair his groin.

Unfortunately he spoke too soon.

“As part of that surgery, they had inserted a mesh to fix the hernia. But that mesh frayed and got tangled with the nerves around my groin,” Greene tells BBC Sport, five years later.

“It hit me hard, I couldn’t run or move properly.

There are thousands of ordinary people who could empathise.

An investigation for the BBC’s Victoria Derbyshire programme last year spoke to NHS patients who had been left in chronic pain after their own mesh repairs went wrong.

While it is still the “recommended method” for treating the population in general, it certainly wasn’t right for Greene.

“The hurdle technique puts the groin in a really stressful position and it upset it really quickly,” he adds.

“I had to have it removed and the hernia repaired a different way.

“It takes quite a while to come back from those surgeries.”

‘It never occurred to me to pack it in’

Greene was Great Britain’s athletics team captain at the London 2012 Olympics, being selected ahead of the likes of Mo Farah, Jessica Ennis-Hill and Christine Ohuruogu.

But, as Greene was on the operating table and off the radar – he hasn’t reach a major championship final since 2012 and missed the Rio 2016 Olympics entirely – the world moved on.

Contracts with sponsors expired and weren’t renewed. The house he bought with his partner in Wiltshire went back on the market. In November 2016, he lost his National Lottery funding.

He turns 32 on 11 April and could have given up at several points over the past five years.

But he didn’t give up when, as a young athlete, he had to work in a fast-food drive-through to fund his training.

And, with the memories of world, European and Commonwealth titles in his head and the feeling of his best form in his legs, he wasn’t going to curtail the other end of his career.

“When you see everyone else competing, it is hard,” he said.

“The groin became more of an issue when we upped the intensity, speed and repetition.

“I would have long periods of training well so had glimpses of my best form, but never got to show it.

“It was frustrating but I knew the ability was still there and I believed I would get back to the startline.

“I don’t want to fizzle out. I have just as much appetite to train and work hard and be better as I did 10 years ago. It never occurred to me to pack it in.”

Taraji P. Henson has a message for men in the #TimesUp era: 'Speak up'