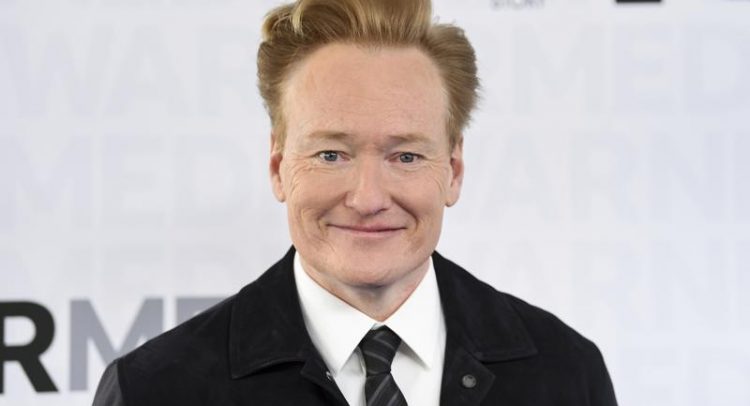 LOS ANGELES (AP) — Conan O’Brien stayed true to form as he wrapped his TBS show “Conan” after nearly 11 years, bouncing between self-deprecating and smart-aleck humor before allowing himself a touch of sentiment.

“Try to do what you love with people you love, and if you can manage that, it’s the definition of heaven on Earth,” he said, marking the end of his third late-night show over 28 years. It’s a tenure second only to Johnny Carson’s 30 years on “Tonight.”

O’Brien’s next venture is a weekly variety series for HBO Max, set to arrive in 2022 with an as-yet unannounced format.

The hour-long “Conan” finale Thursday was largely a trip down memory lane with clips of guests including Steve Martin, Tom Hanks and Sarah Silverman, and highlights of specials taped outside the United States. Will Ferrell appeared by Zoom from Boston, with Jack Black on hand to salute O’Brien.

Ferrell noted that he’s been a guest for the conclusions of O’Brien’s previous shows, “Late Night With Conan O’Brien” and “Tonight,” both on NBC but with widely varying runs: the former from 1993 to 2009, the latter for less than eight months in 2009-10.

“It’s become (expletive) exhausting,” Ferrell replied. He then proceeded to perform farewells that he suggested O’Brien should bank for probable future need, including for his new HBO Max series.

“People would say six episodes isn’t a lot, but you packed enough entertainment in them for eight episodes,” Ferrell said. He then lauded him for a string of projected talk show flops on Al Jazeera and Delta Airlines, and his YouTube “classic unboxing videos.”

O’Brien, a writer for “The Simpsons” in his salad days, sat for his exit interview with surprise HR rep Homer Simpson, who was unimpressed when reminded that O’Brien was a talk show host.

“Wow, a dying breed,” Simpson told the animated version of O’Brien. “There’s only like 800 of you left.”

Black limped onto the stage wearing an orthopedic boot, which he and O’Brien explained was because of a badly sprained ankle Black suffered during pre-taping of what was supposed to be a big-finish action and dancing skit.

In its place, Black serenaded O’Brien and his longtime sidekick Andy Richter with revamped lyrics set to the signature Frank Sinatra standard, “My Way.”

“Conan, you are my friend. You are the best, and so is Andy,” Black sang, switching up the lyrics to honor “Con’s way.”

The host, whose gravity-defying, trademark swoop of red hair has remained virtually unchanged through the years, wrapped up the show with heartfelt thanks to his colleagues, family and fans. He also shared a slice of philosophy.

”I have devoted all of my adult life, all of it, to pursuing this strange, phantom intersection between smart and stupid,” things he said many people believe can’t coexist. But when the two come together, he said, there is a tiny flicker of “what is a kind of magic.”

O’Brien, formerly a writer for “Saturday Night Live,” was championed by “SNL” creator Lorne Michaels to succeed David Letterman as “Late Night” host. Letterman moved to CBS in “The Late Show” after losing the post-Carson “Tonight” job to Jay Leno, a rivalry that became a media fixation.

In an effort to design an orderly transition, NBC executives in 2004 anointed O’Brien to take over for Leno in 2009. After ratings for “Tonight” faltered with O’Brien, Leno ended up reclaiming the show and O’Brien found a new home and, he said, more creative freedom at TBS.