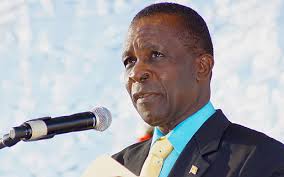 Concern raised about Caricom being fractured by some leaders

Caribbean Community (Caricom) leaders began a two-day intersessional summit here yesterday amid concerns that the regional integration movement was being fractured by some countries not adhering to decisions taken “behind closed doors”.

Grenada’s Prime Minister Dr Keith Mitchell, who is facing a March 13 General Election, told the ceremony that regional leaders needed to adhere to decisions taken during the summit in order to deepen the 45-year-old grouping.

“We cannot continue to agree on positions behind closed doors only to publicly push a different agenda,” Mitchell said, adding that he is able to “speak like this” because he has been around for many years and possibly “would receive another five years”, a reference to the upcoming general election in his country.

But he said while discussing the issue of unity within the grouping “we must highlight, rightfully, the disappointment of our failure as a body to commit to a unified position while abiding by the principles of non-interference on the political challenges of our friend and neighbour country, Venezuela.

“The time has come for us as a region to have a blueprint, in my opinion, on how we address certain issues within the Community and with our allies.

“It is imperative that we stand strong and united in the international community, especially on matters of fundamental principles. Our credibility and strength as Caricom must not be shaken, even when attempts are made to divide us.”

While he made mention of no particular country, in recent weeks the United States has stepped up its efforts to ostracise the Nicolas Maduro-led Government in Caracas and has sought the assistance of Caricom in that regard.