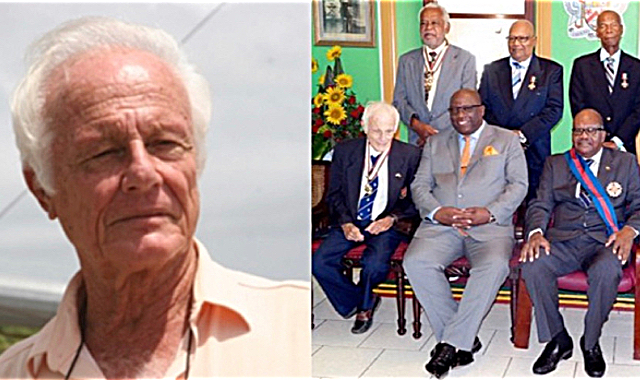 Basseterre, St. Kitts, 30th March, 2018 (MyVueNews.com) – Prime Minister Dr. Timothy Harris extended condolences, on behalf of the Government and people of St. Kitts & Nevis, to the family of the late Jacques ‘Jackie’ Cramer, who passed away on 28th March, 2018.

Jackie, as he was affectionately called, was a well known businessman, who played a substantial role in private sector development.

In conveying condolences to the family, Prime Minister Harris said, “Many persons would fondly remember him for his civic-mindedness, his mild manner, and also for his considerable investment in the development of the local private sector including, but not limited to, the St. Kitts and Nevis Chamber of Industry and Commerce.”

Jackie Cramer was also a founding member of TDC, and was long associated with the TDC Group of Companies. He was also a charter member of the St. Kitts Rotary Club.

In February, 2018, Governor General Sir Tapley Seaton conferred on Cramer the Companion of the Star of Merit (CSM) for his contribution to Commerce and Public Service.

Cramer also served the federation as Honorary Consul to Israel for an extended period of time.

Prime Minister Harris, on behalf of his Cabinet colleagues, expressed condolences to Cramer’s widow, Mrs. Jossie Cramer, to whom he was married for almost 62 years.