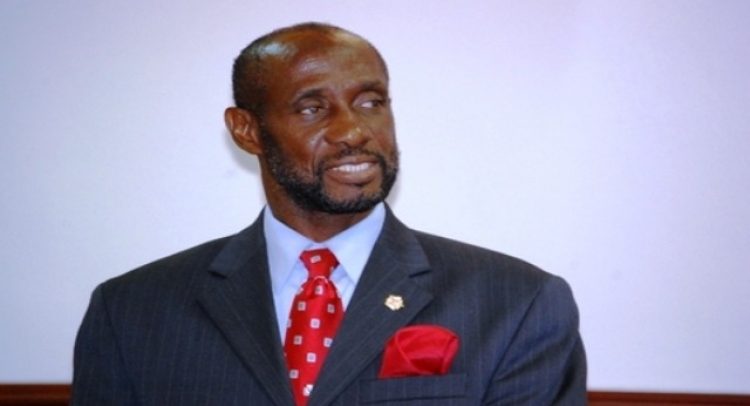 Basseterre, 21st May, 2020, (MyVueNews.com) – St. Kitts & Nevis is now without an ambassador to the United Nations, following confirmation by Sam T. Condor, on Thursday, May 21, 2020, that he has resigned his position, as of this week.

Condor, said his decision was partly influenced by certain shortfalls on the Good Governance Agenda, that had been laid out by the present Administration, which is led by Dr. Timothy Harris.

Though he declined to elaborate during a press conference he hosted in Basseterre today, Thursday, the former ambassador explained that he was no longer feeling comfortable to remain as part of the establishment, which he believes has departed from the ideals and principles it promised, leading up to the 2015 election that saw a coalition of three parties toppling a 20 year old St. Kitts-Nevis Labour Party.

Condor also seemed unwilling or hesitant, at this time, to reveal any details that may have added to his decision, but instead assured that he will be joining others on various media outlets to speak out on matters he feels may be relevant to the campaign.

St. Kitts and Nevis is now in the mist of a General Election that sees the ruling Team Unity Coalition of PAM, CCM and PLP, coming up against the St. Kitts-Nevis Labour Party and Nevis Reformation Party.

Both Condor and Harris had fallen out with the then Prime Minister, Dr. Denzil Douglas and both eventually left the fold of Douglas’ led Labour Party.

While Condor resigned, in support of Harris , whom Douglas had dismissed, the former ambassador is now on more cordial terms with Douglas, while his personal relationship with Harris, has deteriorated.

But what was surprising to some on Thursday, was Condor’s agreement, at the conference, when asked, that the borders of St. Kitts & Nevis, which have been closed since late March this year, should remain closed and not be opened to accommodate folks wanting to travel home for the election.

This is something that Douglas and his other candidates have been agitating for, especially since the date was announced on 18th May, for the June 5th poll.

Condor said that it would be too risky and would potentially expose residents to new cases of the Coronavirus that continues to impact the world, especially those countries, from which many returning voters would want to travel from, including the United Kingdom, Canada and United States.

When asked however, about the controversial issue of alleged missing campaign funds, leveled by former PLP executives, against Harris, Condor side stepped, preferring, he said, not to answer that question now.

However, Condor was at ease when he calmly stated that he would not vote this election for the incumbent and former Team Unity colleague, Patches Liburd, who is running on the ticket of the Peoples Action Movement, which held four seats in the just ended National Assembly term.

While he was opened with his support for the St.Kitts-Nevis Labour Party candidate, Geoffrey Hanley, in East Basseterre, Condor remained mum on whether he would support Konris Maynard, also of the Labour Party, against Akila Nisbett, in the West Basseterre district.

Condor said he has no need to endorse Konris because he, Condor, lives in the East Basseterre constituency and not the district where Maynard will be running.

Condor once represented that constituency from the mid 1980s, after replacing the late Joseph N France, and held that seat until his massive defeat to Maynard, a newcomer at the time, during the 2015 election.

There was also no clarity on whether Condor would be openly supporting the Douglas led Labour Party in general, or Douglas, as leader.