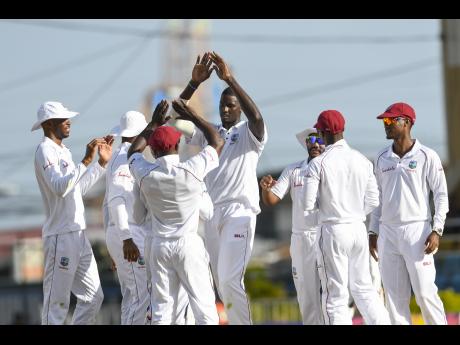 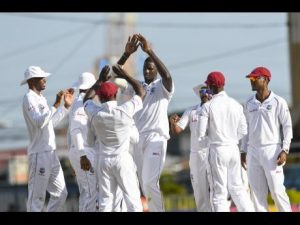 West Indies are poised for their first series win over a higher-ranked nation in six years but will be wary of a wounded Sri Lanka when they clash in the second Test at the Darren Sammy Cricket Ground, starting here today.

The Windies’ last series win over a major nation came when they swept New Zealand 2-0 in the Caribbean back in 2012. Since then, their only successes have come against minnows Bangladesh and Zimbabwe.

However, following their emphatic 226-run victory in the opening Test in Port-of-Spain last weekend, the Windies are now well-placed to turn the screws on Sri Lanka, and captain Jason Holder said the opening win had given his side a massive boost of confidence.

“The mood is pretty good. All the guys are upbeat about the occasion.

“We have two matches to close the series out. I would like, ideally, to close it out in this game but I’ve told the guys not to focus on the result.

“We need to focus on the process and focus on what we need to do to win the Test match, and that’s individuals accepting their roles and performing – just carrying out their particular roles.”

West Indies surprised many with their crushing win at Queen’s Park Oval, outplaying Sri Lanka throughout. They chalked up an imposing first-innings total of 414 for eight declared and used aggressive fast bowling and then spin on Sunday’s final day to bundle out the tourists twice, cheaply.

The victory handed West Indies precious momentum while putting immense pressure on Sri Lanka, who are yet to win a series in the Caribbean in three previous attempts.

Holder pointed out that it was now important to keep the pressure on Sri Lanka with strong, consistent all-round cricket over the next few days.

Neither team has been handed much time to regroup, with a quick turnaround time between the first two Tests. In the interim, the Sri Lankans have suffered two blows, with Angelo Mathews returning home for personal reasons and fast bowler Lahiru Gamage forced out of the series with a fractured finger.