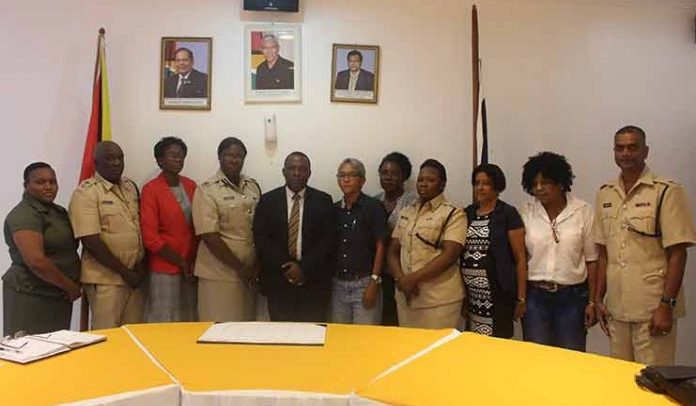 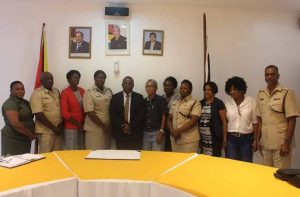 The discussion surrounded the “preliminary report” of a two-year project which commenced in 2016 and focused on “Engaging communities for improving implementation of Domestic Violence laws”.

The communities that were targeted were: Plaisance/BetterHope, La Parfaite Harmonie, Bartica, Lethem and Anna Regina.

During the research, police stations within the mentioned communities were observed as it relates to how the members of the force deal with domestic violence and other related matters.

From the discussion, the positive and negative behaviour as well as action by the police were observed and these issues were addressed during the meeting. Also, the officers in attendance pledged to continue to focus on strengthening their collaborative efforts, in addressing Domestic Violence, Child Abuse, Sexual Offences and other aspects of crime prevention.