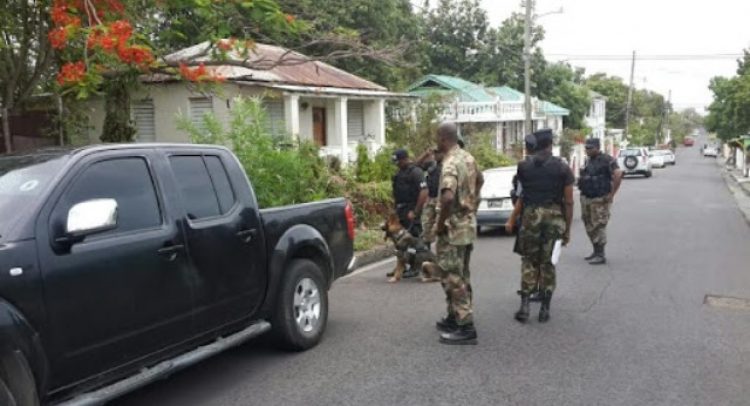 Crime in St. Kitts & Nevis down by 70% says Commissioner

Basseterre, 26th May, 2020, (MyVueNews.com) – The Coronavirus has created much havoc in countries worldwide, including here in St. Kitts & Nevis, but there have also been notable benefits.

One such positive result has been in the area of crime fighting. Police officials are reporting that the even before the effects of the virus caused the country to go into  lockdown, the crime level had seen a reduction.

This welcome development, said Commissioner of Police, Hilroy Brandy, has much to do with their efforts at community policing and his detectives abilities when it comes to the detection of crime.

He said, “Experience has taught me that in order for us to reduce crime we have to learn to improve our detection and we are working towards that.”

He added, “Our detection rate has gone up over the past two years which has led to several offenders, including repeat offenders, ending up behind bars.”

The top cop who has over three decades of crime fighting, explained that St. Kitts & Nevis recorded a decrease in major crimes “even prior to the implementation of the State of Emergency.”

“Crime was down by just over 30 percent in the first quarter when compared to 2019. From the start of the State of Emergency to the end of April, it dropped by a further 70 percent,” he revealed.

The investigations by his officers have also gotten much assistance from the improvements in the Forensic Department which have led to more cases being solved, stated Brandy.

In addition, the Commissioner cited satisfactory work in the area of better community policing as part of the reason for the drop in criminal activities.

“We cannot Police a community without knowing the community. This initiative is meant to get us to know the areas we serve.”

“When you look at the presence of officers in the community, we are seeing more of that. Not just on patrols, but going house to house, engaging residents, and sharing crime prevention tips. We have different departments that are conducting their community outreach efforts differently, but the important thing is that they are out there in the community,” he said.

Atlanta is home to 2 potential contenders for Biden’s VP

‘No job cuts at the top’