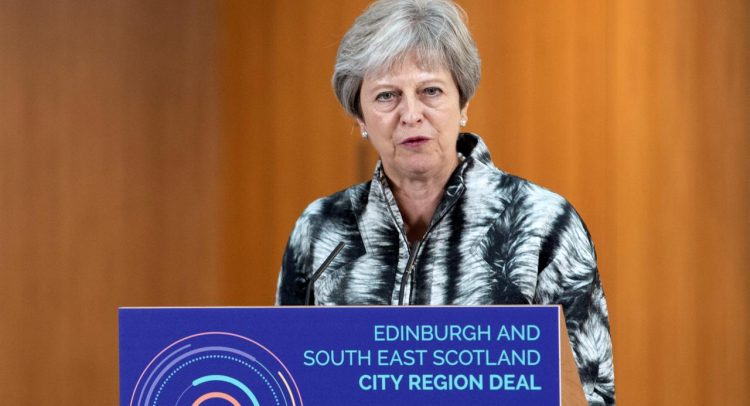 Critics ‘chuck rocks from both sides’ at May’s Brexit plans Prime Minister Theresa May’s Brexit strategy means disaster for Britain, her former foreign secretary Boris Johnson said, as critics at home and officials in Brussels stepped up their opposition to her plans for how to leave the European Union.

With under two months before Britain and the EU want to agree a deal to end over 40 years of union, May is struggling to sell what she calls her business-friendly Brexit to her own party and across a divided country.

The prospect that she could fail to reach a deal that would carry parliament at home, and that Britain could potentially crash out of the EU in March with no deal in place at all, has worried financial markets.

The pound weakened by more than 0.7 percent against the euro EURGBP=D3 on Monday to 90.28 pence, notching up its biggest daily loss in more than three months. Against the dollar GBP=D3 it fell by a similar margin to $1.2859.May’s former deputy, Damian Green, described her government as “walking a narrow path with people chucking rocks from both sides” after Johnson, a potential successor to May, and other Conservative MPs attacked the so-called Chequers plan.

“In adopting the Chequers proposals, we have gone into battle with the white flag fluttering over our leading tank. If we continue on this basis we will throw away most of the advantages of Brexit,” Johnson wrote in the Daily Telegraph newspaper on Monday. “People can see Chequers means disaster.”

The plan, named for the prime minister’s country residence where it was agreed by the cabinet in July, calls for free trade between Britain and the EU in manufactured and agricultural goods, with Britain accepting regulations over traded goods that align with EU rules.

The government says it is the only way to achieve Brexit without harming the economy. But opponents on both sides of the Brexit debate have criticised it for offering either too sharp a rupture with the EU, or a break that is not clean enough.

Johnson, one of the leading pro-Brexit campaigners during the referendum that secured Britain’s 2016 vote to leave, quit May’s cabinet days after the Chequers plan was approved.

“We will remain in the EU taxi; but this time locked in the boot, with absolutely no say on the destination,” he wrote in Monday’s column, criticising the plan for regulatory alignment.

Nor is the EU itself on board. Chief EU Brexit negotiator Michel Barnier criticised the proposal in a German newspaper on Sunday as trying to secure advantages of EU membership without taking on its responsibilities.

“If we let the British pick the raisins out of our rules, that would have serious consequences. Then all sorts of other third countries could insist that we offer them the same benefits. That would be the end of the single market and the European project,” he said.

May’s spokesman said the Chequers deal was the only credible and negotiable plan for Brexit and the government believed it could carry the support of parliament.

“There’s no new ideas in (Johnson’s) article to respond to. What we need at this time is serious leadership with a serious plan, and that is exactly what the country has with this Prime Minister and this Brexit plan,” the spokesman told reporters.

Parliament returns from its summer break on Tuesday. May has a working majority of just 13 votes and has pledged to give MPs approval of the final deal with Brussels.

Conservative MP and former government minister Nick Boles, who during the referendum backed remaining in the EU and now wants to stay in the single market on an interim basis while negotiating a “Better Brexit” free trade deal, said he didn’t think May had enough support for her proposals.

Asked during an interview on BBC Radio what the chances were of getting her proposals through parliament, he said: “Very, very small, as close to zero as anything in politics.”

British media have reported Brexit-supporting Conservative MPs are preparing to unveil an alternative plan before the party’s annual conference at the end of the month.