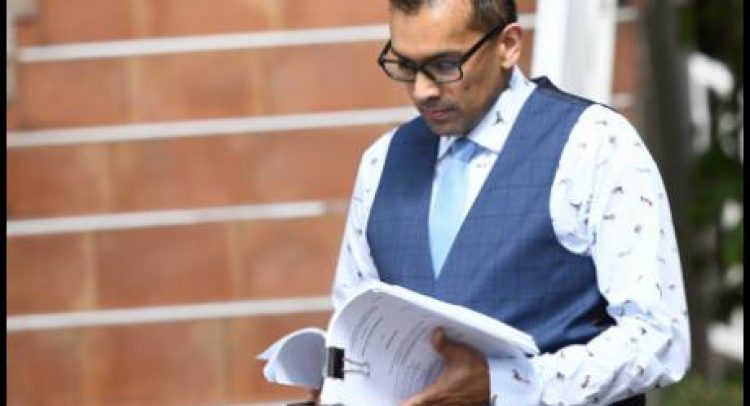 Internationally regarded sports lawyer, Dr Emir Crowne, is advocating for the creation of a regional sports court to settle disputes involving Caribbean athletes, as he feels that costs associated with taking cases to the Court of Arbitration for Sport (CAS) is not possible for most athletes from the region.

Crowne was speaking in a wide-ranging Gleaner Sports Live interview on Instagram recently, where he discussed his criticisms of the World Anti-Doping Agency (WADA) regarding their doping protocols, as well as his upcoming defence of embattled 400m world champion Salwa Eid Naser for a filing violation.

Crowne does not believe that the CAS, which is based in Switzerland, is capable of addressing regional sporting issues such as doping, because of the high cost involved for athletes’ cases to be heard.

“The Court of Arbitration for Sport is hailed as the gold standard for sport. If that is people’s idea of gold, then it is fool’s gold. To just register your appeal cost 1,000 Swiss francs, which is US$1,000. To have the arbitration heard by just one panellist is between 8,000 and 10,000 Swiss francs. Doping cases 90 per cent of the time are heard by a panel of three. So a panel of three, you triple that, and it is at least 25,000 to 40,000 Swiss francs,” Crowne said. “You give me one athlete in the developing world that has 40,000 Swiss francs lying around to fund a doping appeal. I think CAS is inadequate to deal with doping disputes from smaller counties.”

Although the CAS does have legal aid available for athletes, Crowne says it is only accessible if proof is shown that the athlete cannot maintain a standard of living otherwise.

“You only get it if you prove that by funding the CAS appeal, you essentially won’t be able to eat or pay your rent. If you are a middle-class athlete you would not get it. It’s a terrible system in terms of the cost,” he said.

It is for this reason Crowne feels that a regional sports court would be sufficient for settling disputes in a timely manner. He referenced a dispute regarding a Jamaican discus thrower, where he was able to advance an appeal to the CAS at no cost because of provisions in the Olympic charter. He said that experience led him to believe that a regional sports court would be suitable not just for doping disputes, but matters involving team selections and other matters.

“The real access to justice is if there was a regional sports court so athletes can have their grievances heard. Doping cases get all of the headlines but the real cases are the team selection cases that go unheard of,” Crowne stated. “It should be a CARICOM-based court where athletes can approach.”