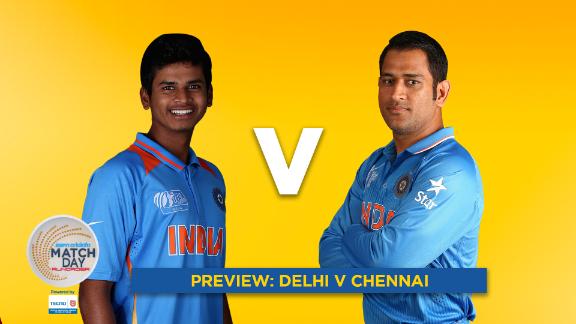 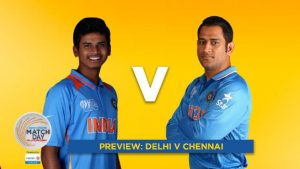 Chennai Super Kings elected to bowl in a rare final-week fixture that has no bearing on playoff qualification. However, at stake for MS Dhoni’s side is a top-two finish.

They brought in Lungi Ngidi for his fourth game this season. That meant time on the bench for England allrounder David Willey, who has proved expensive in his previous two outings.

Delhi Daredevils, meanwhile, went in with just three overseas players: Glenn Maxwell, Sandeep Lamichhane and Trent Boult. They’re also fielding two India Under-19 players in Prithvi Shaw and Abhishek Sharma in what is a sign of looking to build for 2019. The core of their batting remains Indian with Shreyas Iyer and Rishabh Pant also in the mix along with allrounder Vijay Shankar.

“It’s a difficult ground to contain, it’s not very big and also there’s a chance of the surface deteriorating,” said MS Dhoni of his decision. “We’ve qualified for the knockouts but it’s important to keep improving and keep fit. We don’t want a scenario where one of our big players isn’t fit for a crucial game.”

With just three wins in the competition, Daredevils have only pride to play for, and are returning to action after a five-day break. Among their changes were Maxwell and Avesh Khan returning for opener Jason Roy and South Africa fast bowler Junior Dala, who was signed as Chris Morris’ replacement.

“I think 190 is a par score on this surface,” said Daredevils captain Shreyas Iyer. “We’ve been good with regard to our preparation and work ethic. Have to execute well.”