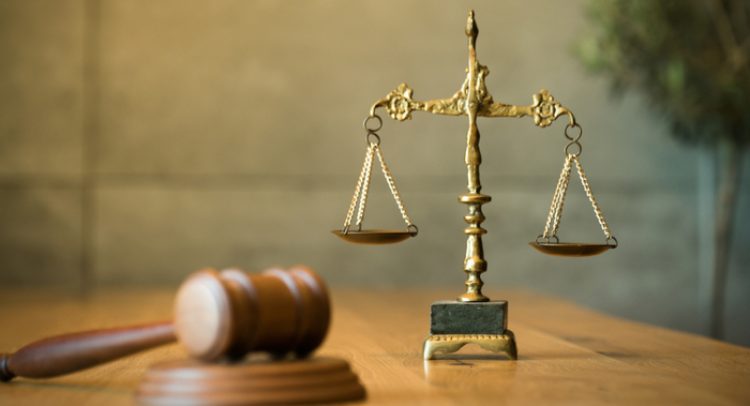 HAVANA (AP) — Cuban courts have handed out sentences of up to 20 years in prison to a group of people accused of taking part in protests that swept across the island in July, relatives and activists said Tuesday.

The 20 defendants sentenced in the eastern province of Holguin were convicted after trials last month on charges of sedition. Hundreds of other people await verdicts following trials elsewhere.

Thousands of people took to the streets in cities across Cuba on July 11 and 12 — the largest such protests in decades on the island — many frustrated with shortages, low salaries and power outages, as well as with the socialist government.

“This was terrible. … People have been crying, inconsolable there,” said Mailyn Rodríguez, who said by telephone that her husband Yosvany Rosell García had been sentenced to 20 years after prosecutors had sought a 30-year sentence.

“The prosecution requests were too high and the sentences horrific,” she said from Holguin, some 800 kilometres (480 miles) east of Havana.

She said relatives of the 20 were summoned to the court Monday to hear the verdict, which followed a trial in early January.

García, a 33-year-old welder, had denied accusations he threw stones during the July 11-12 protests, his wife said. She said he would appeal.

Similar trials also took place last month in the provinces of Santa Clara and Mayabeque and in Havana, though no verdicts have yet been announced there.

While most of the protesters were peaceful, some vandalised or looted vehicles and shops and some threw stones at police. One person died in Havana.

An activist group that follows the cases, Justice 11J, distributed copies of the sentences.

It said the shortest penalties handed out involved a five-year of limited liberty, but not jail, for five youths aged 16 to 17.

Cuban authorities have never reported the total number of arrests during the protests, though Justice 11J and other groups have reported some 1,300 arrests.

In January, they announced that trials of 790 people on more serious charges such as sedition, violent attacks, theft and vandalism.

U.S. Embassy Announces the 2022 Cohort of the Young Leaders of the Americas Initiative (YLAI) Fellowship Program