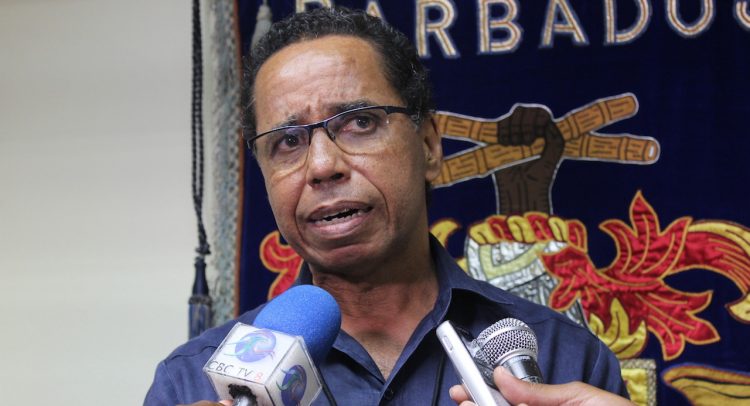 Police has launched an investigation into the circumstances surrounding injuries to two Cuban nurses from an object which was thrown into their chartered bus on Saturday night. However, Ambassador to CARICOM David Comissiong is suspicious about the motive behind the incident.

He told Barbados TODAY the scenario is foreign to Barbados’ culture which suggests to him that this is the work of an agent provocateur and “dirty politics”.

Comissiong believes that whoever carried out the unlawful act or whoever prompted them to do it, has calculated that it would make front page news in Barbados and eventually regionally and internationally.

“It is not fair to Barbados, it does a disservice to Barbados and whoever did it, or whoever set up that person to do it is definitely not a friend of the Barbadian nation,” he said.

Barbados TODAY understands the incident occurred just after 7 p.m. when the nurses were on their way from the isolation facility at Harrisons Point, St Lucy. It is also understood that the driver of the bus immediately returned to the facility.

Commissiong said the Barbadian people have generally shown the Cuban health professionals nothing but love, acceptance and respect for the critical work they are doing in Barbados.

He said generally speaking the people of Barbados have a great empathy and respect for the people of Cuba not just these medical personnel.

“There are many Cuban coaches who work in the school system in Barbados, who work with various sporting clubs in Barbados and the Barbadian people show them nothing but love and respect,” he said.

The ambassador said he was happy the nurses were not seriously injured by the object which smashed one of the windows resulting in the minor injuries to the two nurses who were treated at the Queen Elizabeth Hospital (QEH).

He said from his interaction with relevant Cuban authorities, the nurses are not fazed by what happened. Comissiong said he understands that coming from a sophisticated political culture, the nurses fully understand “the little dirty political games that some people play”.

Executive Chairman of the Queen Elizabeth Hospital (QEH) Juliette Bynoe-Sutherland said she, along with Minister of Health and Wellness Lt Colonel Jeffrey Bostic and the hospital’s management team are awaiting the results of police investigations into the matter.

She said she visited the Cuban team at their residence to ensure that all was well.

“I am sure from speaking to their captain that the incident will not impact their morale. We will attend to the immediate issue of their safety enroute. As a Barbadian, this has to be aberration of some kind and I leave it to the outcome of the police report to shape our long-term response,” Bynoe-Sutherland said.