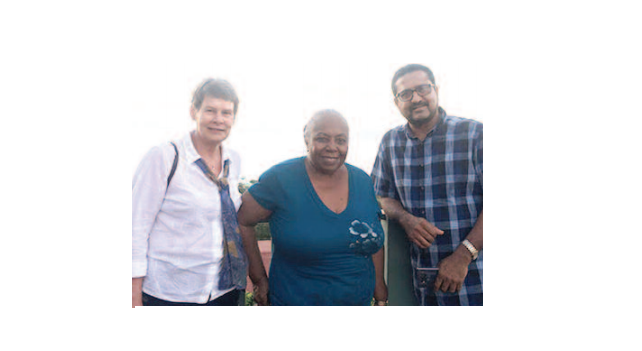 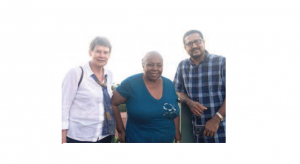 The Commonwealth Observer Mission says it will be paying special attention to the Barbuda voting arrangements when Antiguans and Barbudans go to the polls tomorrow.

The three-member observer team, which is led by Janet Bostwick, a former Bahamian attorney general, met reporters on Tuesday to present a briefing on the work they will be doing.

Bostwick noted that they would not be able to cover all the polling districts and would be aiming to get a representative cross section. Additionally, they would be collaborating with other international observers to get a wider picture of what’s happening on Election Day. CARICOM and the Organization of the American States are also expected to field observer missions for tomorrow’s polls.

Asked whether the Barbudans’ voting arrangements would be among those to be scrutinised, Bostwick replied in the affirmative.

“Barbuda is indeed a special case, and yes, we will be meeting with persons who are particularly concerned with Barbuda and we will definitely ensure that the Barbudan poll is one that we will observe, and we will be assessing that situation,” Bostwick said.

Barbudans will be voting in Antigua because of the destruction left on the sister island by Hurricane Irma more than six months ago. The out-of-constituency voting had attracted a legal challenge which the court dismissed.

The Antigua and Barbuda Electoral Commission (ABEC) said the special circumstances on the island warranted the move and was in keeping with provisions of the Representation of the People Act.

Antiguans and Barbudans voting for a new gov't