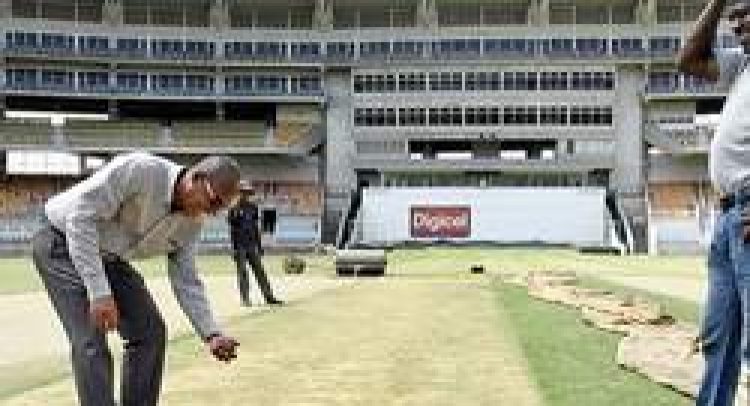 JAMAICA’S Ministry of Sport and the Jamaica Cricket Association (JCA) say a “misunderstanding” led to print media being barred from entering Sabina Park for the opening One-Day International (ODI) between West Indies and Ireland on Saturday.

On the eve of the first ODI, Dominic Warne, the Cricket West Indies (CWI) commercial, marketing and communications director, told the Jamaica Observer that “no media or fans [will be] allowed” access to the match venue as part of steps “to manage the risk of” the novel coronavirus’s spread.

His comments had come in the wake of the Government of Jamaica’s (GOJ’s) denial of the request to have a limited number of vaccinated spectators enter Sabina Park for the three-match ODI series and one-off Twenty20 (T20) International.

But on Sunday, Sport Minister Olivis “Babsy” Grange said measures will be taken to ensure journalists are given match-day access for the remainder of the series.

“The GOJ has not banned the media from covering the cricket series at Sabina Park; our ban is on spectators only. Any impression or indication of a ban on media must have been a misunderstanding, and I have had the assurance that the JCA will be clarifying the matter,” she said in reference to the Observer article on Saturday which highlighted the media snub.

JCA Chief Executive Officer (CEO) Courtney Francis said he has been in contact with CWI CEO Johnny Grave to have the matter resolved.

“We apologise for the inconvenience this has caused and, based on discussions I have had with CEO Grave, I’m interpreting that it may have been a misunderstanding,” he told the Observer on Sunday.

“He [Warne] may have misinterpreted the decision to not have anyone in the stadium apart from persons playing and those working at the games. But, based on discussions I have had with the CEO, the media are welcome,” Francis added.

Last August, when Jamaica hosted a two-Test cricket series between West Indies and Pakistan, no spectator was allowed into the stands. Then, the Government was grappling with an uptick in COVID-19 cases, and outside of television and radio broadcast crews, the media were barred.

When contacted on Sunday, Warne declined to comment on the latest development.

After West Indies won the first ODI match by 24 runs on Saturday, the teams are set to lock horns again on Tuesday before closing out the series on Friday. The lone T20 match is scheduled for Sunday.

Francis said the association will contact media entities today to facilitate entry for a limited number of local journalists who are fully vaccinated against the virus. He said media practitioners will have to provide work identification and proof of vaccination to be allowed inside.

There had already been dismay in some quarters when the Jamaican Government, two weeks ago, walked back its initial decision to approve entry into Sabina Park for over 2,000 vaccinated spectators for each contest.

In explaining the reversal, a statement from Minister of Local Government Desmond McKenzie said “in light of the rising positivity rate” of daily virus cases in Jamaica it is “simply not practical to give the green light for public access to these games” at this time.

However, the State-run Social Development Commission was allowed to complete its community-oriented T20 competition last November, though the JCA has not been given permission to stage cricket at the parish and club level since early 2020.

On race days a limited number of horse racing fans have been allowed inside Caymanas Park since June 2020, even during the on-and-off series of tight lockdowns after Jamaica’s first virus case was identified in March of that year. Up to Saturday’s race day there was no vaccination requirement for entry to the venue.