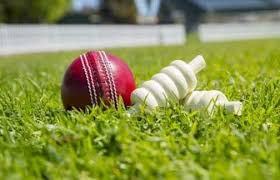 The deal was initiated during the ongoing home series between West Indies and Bangladesh, and will see the company serve as CWI’s official betting partner until the end of next year.

“Cricket is the heartbeat of the Caribbean, and the announcement of a second major international partnership within a six-week period underlines the appeal of West Indian cricket both in the Caribbean and worldwide,” said CWI’s commercial and marketing director, Dominic Warne.

Only last month, CWI announced luxury hotel chain, Sandals Resorts, as the major commercial sponsors of West Indies cricket, in a two-year deal which will run until December 2020.

Sandals replaced telecommunications giants Digicel, with whom CWI had terminated its deal a week earlier, with a year still to run on the contract.

Warne, an Englishman who joined CWI last October, said the Betway deal would add value to the board’s mission of player development.

“With Betway also supporting our integrity and player education programme, the partnership enables CWI to strengthen the guidance and support offered to our professional cricketers as they build their careers at home in the Caribbean and on the global stage,” he said.

Betway’s chief executive, Anthony Werkman, said the new partnership was a strategic one for the company.

“We are always looking to enhance and grow the Betway brand, and that’s exactly what we have done by partnering with Cricket West Indies,” he explained.

“We are making huge investments across a wide range of sports and are sure that this partnership will prove to be a successful one. We are really looking forward to all the action.”

The West Indies cricket brand has taken somewhat of a hit in recent years with the declining on-the-field performances. Once world champions, the Caribbean side now languish in the nether regions of the International Cricket Council (ICC) rankings in all formats.

Their 2-0 series win over Bangladesh last weekend saw them climb back to eighth in Tests, but they still lie ninth in One-Day Internationals and seventh in Twenty20s, though they are reigning World champions.

For the first time in their history last March, the Windies were forced to enter a qualifying tournament with the likes of minnows Afghanistan, Papua New Guinea and United Arab Emirates in order to reach the finals for the 50-overs ICC World Cup.