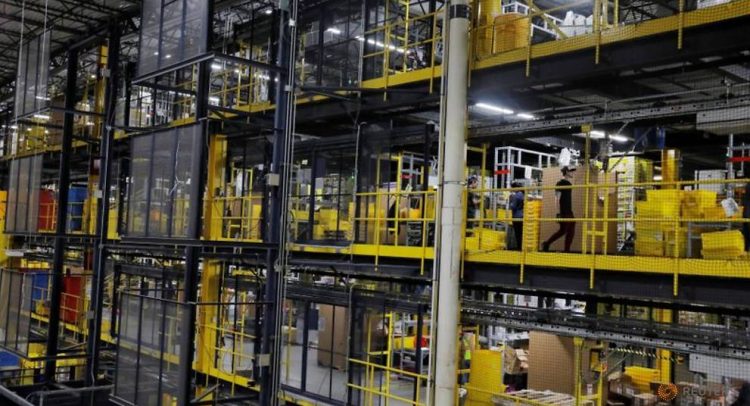 (Reuters) – Cyber Monday is on track to bring in a record of as much as $12.7 billion in online sales, according to latest industry estimates, surpassing Black Friday’s digital numbers as U.S. retailers reached the last leg of an extended holiday selling season caused by the COVID-19 pandemic.

Shoppers have seen nearly two months of offers from retailers looking to recover sales lost due to mall and store closures, while Amazon.com pushed back its annual summer promotional event to October, creating a longer than ever season.

Estimates from Adobe Analytics, however, showed this year’s conclusion to Thanksgiving weekend promotions would still be the largest online sales day in history, with spending between $10.8 billion and $12.7 billion.

Traditionally, Cyber Monday starts with people, fresh off their long weekend, scouring for discounts online at work and driving another big day of promotions.

The popularity of event shopping days has faded with the emergence of online shopping and cheap deals throughout the year from retailers including Amazon and Walmart Inc, but the health crisis this year has also played with shopping patterns.

Walmart, Target Corp, Best Buy all moved their promotions up to remain competitive with Amazon, while doubling down on investments in fulfilling online orders.

The tent pole shopping event of Black Friday, which pulled in record online sales of about $9 billion, according to Adobe, saw shoppers turning up in smaller numbers at stores as they utilized the early deals and avoided stepping out into large crowds.

Consumers sought out deals for gifts and necessities including the latest Xbox and PlayStation consoles, Lego sets, the Roku Stick+ and Apple Watches.

Reporting by Aishwarya Venugopal in Bengaluru; editing by Patrick Graham and Shinjini Ganguli