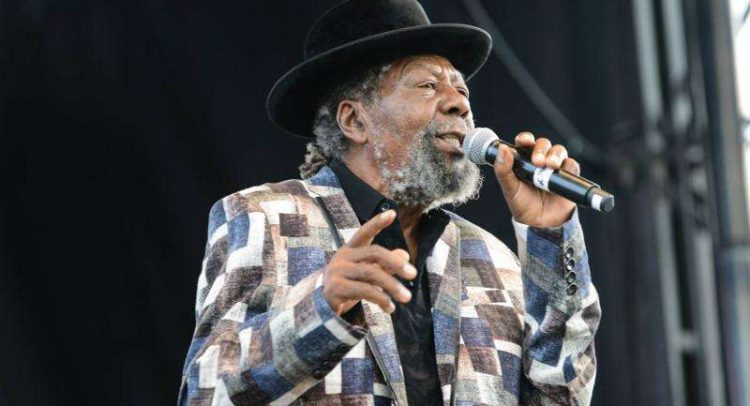 U-ROY maintained a steady recording routine in the last two years of his life, even when he was ill. One of the songs the pioneer deejay recorded during that time was Zion, produced by Ubigwitus Inc, a New York-based company.

It was released on May 27 by 21st Hapilos Digital Distribution.

“It was such a pleasure to work with the legend U-Roy on this project. He is one of my heroes of music from back in the day. I’m grateful to have had the opportunity to work with him,” shared Johnson. “The track is about him travelling around the world and eventually getting to Zion. It is also about the physical, emotional, and spiritual journeys that we all take throughout our lives.”

Johnson has been around the Big Apple reggae scene since the late 1990s. He has worked with reggae, dancehall and pop acts including Luciano, Richie and Ragga, and Carl Thomas.

U-Roy (real name Ewart Beckford) first made his name in the 1960s as a sound system selector for Osbourne “King Tubby” Ruddock, another reggae legend, who operated out of Waterhouse.

In the early 1970s his unique toaster’s style was used effectively by producer Duke Reid on hit songs like The Paragons’ Wear You to The Ball, and The Wailers’ Soul Rebel.

In recent years U Roy collaborated with a number of artistes including Brinsley Forde of Aswad, and Canada-raised Kafinal. Nah Complain by Kafinal and U-Roy won the JUNO Award for Reggae Recording of The Year in 2016.

In 2007 Jamaica’s Government awarded U-Roy the Order of Distinction, the country’s sixth-highest honour, for his contribution to music.