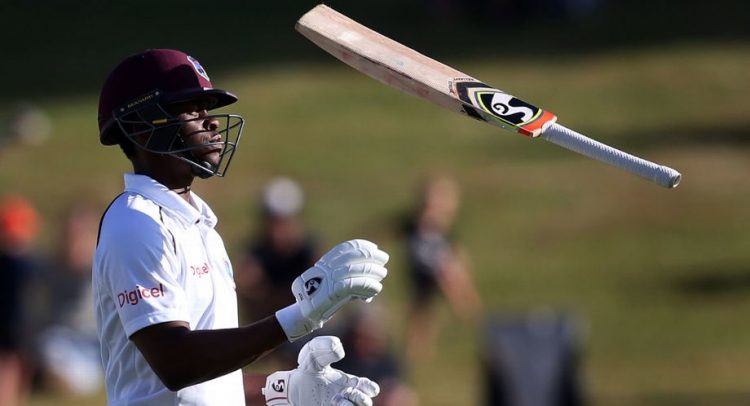 Darren Bravo, Shimron Hetmyer and Keemo Paul have declined an invitation to be part of West Indies’ squad to tour England in July, with Nkrumah Bonner and Chemar Holder winning their first Test call-ups.

Jermaine Blackwood, the middle-order batsman who made his maiden Test hundred against England in 2015, and left-arm seamer Raymon Reifer have also been included in the 14-man squad, while Shannon Gabriel, Sunil Ambris and Oshane Thomas are named among the 11 reserve players.

The 25-man touring party will fly to England on June 8 on private charters, after being tested for Covid-19, and will spend three weeks staying at Emirates Old Trafford quarantining and training on arrival. They will then travel to the Ageas Bowl to train ahead of the first Test, before returning to Old Trafford for the second and third Tests.

The series, which now needs final approval from the UK government, will mark the resumption of international cricket which was abruptly halted in March due to the pandemic. It is understood that Cricket West Indies (CWI) is expecting the test results for the travelling players to be back by Friday from Miami. Anyone who tests positive would not take the charter flight.

West Indies will spend seven weeks in England, despite the fact there will only be 15 playing days, but throughout this period the squad will be, as CWI said in a media release on Wednesday, “live, train and play” in a bio-secure environment.

“It is a big sacrifice that they are being asked to make to facilitate this series going ahead. It is going to be tough on them. It is not a fun tour”

With respect to Bravo, Hetmyer and Paul opting out, CWI said that their decision would not count as a black mark against their names. “CWI fully respects their decision to choose to do so. As previously stated, CWI will not hold this decision against these players when considering future selection.”

Former West Indies offspinner Roger Harper, who is the chairman of selectors, said Holder was leading a “very competitive squad”, half of which had featured in home series win against England last year. “So they will bring that experience, that knowledge and belief with them and marry it to the enthusiasm and vitality of the newcomers,” Harper said in the CWI release.

“The experience of the players who toured England before in 2017 will also benefit the squad greatly. I expect that the bowling unit will once again provide a serious challenge for England and our batting will have to deliver. England is a tough team when playing in home conditions, however, I think the West Indies has a good chance of retaining the Wisden Trophy. We will have to bat consistently well to do so.”

One player who played a significant part in West Indies winning the Wisden Trophy in 2019 at home was Gabriel, who has not featured since September last year after undergoing ankle surgery last November. However, after a six-month rehabilitation Gabriel recently said he was feeling positive to come back at full tilt on the England tour.

Harper, too, remained optimistic about the strike bowler, who he said was working his way back to full match fitness. “The four weeks leading up to the first Test will be of tremendous benefit to him. A fully fit and firing Shannon adds great potency to the bowling attack, so it is important to have him back at his best.”

The selection of Chemar Holder, Bonner and Blackwood was a clear indication that Harper’s panel paid attention to success in domestic cricket. All those three players were top performers in the four-day West Indies Championship, which had to be called off after eight out of the 10 rounds in March. Holder, part of West Indies’ 2016 Under-19 World Cup winning team, was the leading wicket-taker among seamers in the regional competition this season with 36 victims at an average of 18.9.

For Bonner, who is 31, this is first time he is returning to West Indies colours having played the last of his two T20Is in 2012. Bonner, who plays for Jamaica, was the fourth-highest run-getter in the regional competition with 523 runs in seven matches at an average of 58.11. His Jamaican teammate Blackwood was the top run-maker in the tournament with 768 runs at 51.20.

“Chemar Holder is an exciting young fast bowling talent who is coming off an excellent domestic first-class season,” Harper said. “He should enjoy bowling in English conditions. He could prove a real asset to the team in England. Nkrumah Bonner is an unflappable character. His ability to hold the innings together and bat through tight situations could serve the team very well.

“Jermaine Blackwood returns by sheer weight of performance in the domestic first-class season. His patience and application were evident and that resulted in much greater consistency which I look forward to him taking back into the Test arena. His experience of playing Test cricket in England should stand him in good stead. Raymon Reifer has been around for a while and has proved to be a real competitor with both bat and ball – qualities that will add great value to the team.”

Wayne Lewis, secretary of the West Indies Players Association (WIPA) said the players had been anxious, but were confident having heard the measures taken by both the ECB and CWI to ensure their safety.

“They are a bit nervous, but when it was demonstrated to them and disseminated to them as to exactly how the protocol will go in terms being in the bubble (they were fine),” Lewis told ESPNcricinfo. “They will have to make a sacrifice because they will not be allowed to leave their hotel. They will not be able to go shopping, go partying, visit anyone, receive visitors.

Photo: Shimron Hetmyer declined an invitation to be part of the England tour (AFP via Getty Images)