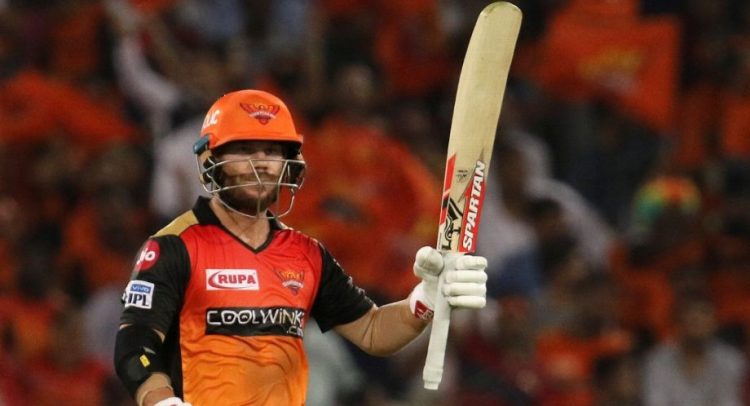 David Warner: ‘Positive that we’ll be able to play IPL if that replaces T20 World Cup’

David Warner has said that the Australian players who are part of the Indian Premier League would be open to travelling to India for the tournament, subject to getting clearance from Cricket Australia and the Australian government.

The timing of this year’s IPL could hinge on whether the T20 World Cup takes place as scheduled or not, in Australia in October and November. While the ICC has deferred a decision on the event, two members on the ICC Board have expressed doubts about the feasibility of holding the tournament this year.

Cricket Australia chairman Earl Eddings felt it was “unrealistic” while Ehsan Mani said it was likely to be deferred by a year. Warner pointed out that if the T20 World Cup wasn’t going to take place, it opened up a window where no other international cricket had been scheduled in any case, which meant playing in the IPL was possible. However, the Australian players will have to get clearance from their board and their government, with CA giving them permission to skip their own domestic season.

“If it is unlikely that the World Cup can go ahead, I’m definitely sure and positive that we’ll be able to come and play in the IPL if that replaces the World Cup,” Warner said in an interview with India Today. “If that permits, CA giving us the go-ahead to go over there, I’m sure that we will put our hand up to come over and play cricket and do what we love.

“All the players that have been selected and picked in the auction will put their hand up if they are permitted… we have to get government clearance as well, if we’re allowed to travel,” he added.

“Obviously what will happen is that, there is a World Cup that was planned so there is probably no international cricket that would have been able to have been scheduled anyway, so they can rescheduled and put the IPL in place. The other thing we have to think about is obviously state cricket starts here in Australia, that’s another thing Cricket Australia will have to consider. But I’m sure if we’re given the opportunity to go over and play, most certain the guys will go over there and play.”

Warner expressed confidence in the Indian government and the BCCI creating a safe bio-security bubble for the IPL to take place. “At the end of the day we want to get back on the park, but [it’s about] making sure that we do that in a safe environment as well,” he said. “I’m sure that the Indian government and the BCCI will be putting perfect parameters in place to ensure the safety of the players, the staff that’s working at the venue, everyone that’s involved. Whether or not there’s crowds or no crowds, I’m sure the BCCI will be doing everything they can to try and get this off the ground and all the players in one safe place.”

Sweat but no saliva “bizarre”

While acknowledging the need for safety measures put in place and praising the thinking behind them, Warner also found it strange that saliva was banned while sweat was not for bowlers shining the ball when cricket resumes.

“It’s a bizarre one. We’re in a position that’s new to everyone,” he said. “These parameters have obviously been put in place for health reasons, and obviously we’ve got to abide by those laws. It’s interesting, it’s going to be different that’s for sure. Whether or not down the track there is a designated ball shiner, only one person can shine the ball… it’s weird.

“But from my point of view, if you can’t put saliva on the ball but you throw the ball, you catch the ball, you throw it back to that person… you’ve got more sweat on your palms than anything. I’m not educated in that sort of sector, but for me it just seems a little bit silly that you can’t use saliva but you can catch the ball and have sweaty hands and all that. It’s weird but it’s good to see them putting something in place that can negate the chances of spreading that [Covid-19].”

'It's sabotage' - some fear Lebanon's IMF bailout talks in peril