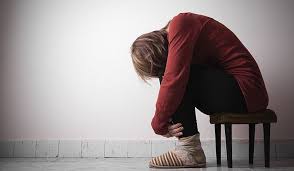 Dealing with Thoughts of Suicide?

Many people consider committing suicide at some point in their lives. If you’re having suicidal thoughts, know that you’re not alone. You should also know that feeling suicidal isn’t a character flaw, and it doesn’t mean you’re crazy or weak. It only signifies that you’re experiencing more pain or sadness than you can cope with right now.

In the moment, it may seem as though your unhappiness will never end. But it’s important to realize that with help, you can overcome suicidal feelings.

Remember that problems are temporary, but suicide is permanent. Taking your own life is never the right solution to any challenge you may be facing. Give yourself time for the circumstances to change and for the pain to subside. In the meantime, you should take the following steps when you’re having suicidal thoughts.

Get rid of any firearms, knives, or dangerous medications if you worry that you might act on suicidal thoughts.

Some anti-depressant medications can increase the risk of having suicidal thoughts, especially when you first start taking them. You should never stop taking your medications or change your dosage unless your doctor tells you to do so. Your suicidal feelings may become worse if you suddenly stop taking your medications. You may also experience withdrawal symptoms. If you’re experiencing negative side effects from the medication you’re currently taking, speak with your doctor about other options.

It may be tempting to turn to illegal drugs or alcohol during challenging times. However, doing so can make suicidal thoughts worse. It’s critical to avoid these substances when you’re feeling hopeless or thinking about suicide.

No matter how bad your situation may seem, know that there are ways of dealing with the issues you face. Many people have experienced suicidal thoughts and survived, only to be very thankful later. There is a good chance that you’re going to live through your suicidal feelings, no matter how much pain you may be experiencing right now. Give yourself the time you need and don’t try to go it alone.

You should never try to manage suicidal feelings on your own. Professional help and support from loved ones can make it easier to overcome any challenges that are causing suicidal thoughts. There are also numerous organizations and support groups that can help you cope with suicidal feelings. They may even help you recognize that suicide isn’t the right way to deal with stressful life events.

Work with your doctor or therapist to learn about the possible triggers for your suicidal thoughts. This will help you recognize the signs of danger early and decide what steps to take ahead of time. It’s also helpful to tell family members and friends about the warning signs so they know when you may need help.

The Risk of Suicide

According to Suicide Awareness Voices of Education, suicide is one of the leading causes of death in the United States. It takes the lives of approximately 38,000 Americans each year.

There’s no single reason why someone may try to take their own life. However, certain factors can increase the risk. Someone may be more likely to attempt suicide if they have a mental health disorder. In fact, over 90 percent of people who commit suicide have a mental illness at the time of their death. Depression is the top risk factor, but many other mental health disorders can contribute to suicide, including bipolar disorder and schizophrenia.

Aside from mental illnesses, several risk factors may contribute to thoughts of suicide. These risk factors include:

People at a higher risk for suicide are:

Researchers don’t know exactly why some people develop suicidal thoughts. They suspect that genetics may offer some clues. A higher incidence of suicidal thoughts has been found among people with a family history of suicide. But studies haven’t yet confirmed a genetic link.

Aside from genetics, life challenges can cause some people to have suicidal thoughts. Going through a divorce, losing a loved one, or having financial troubles may instigate a depressive episode. This can lead people to begin contemplating a “way out” from the negative thoughts and feelings.

Another common trigger for suicidal thoughts is the feeling of being isolated or not being accepted by others. Feelings of isolation can be caused by sexual orientation, religious beliefs, and gender identity. These feelings often become worse when there’s a lack of help or social support.