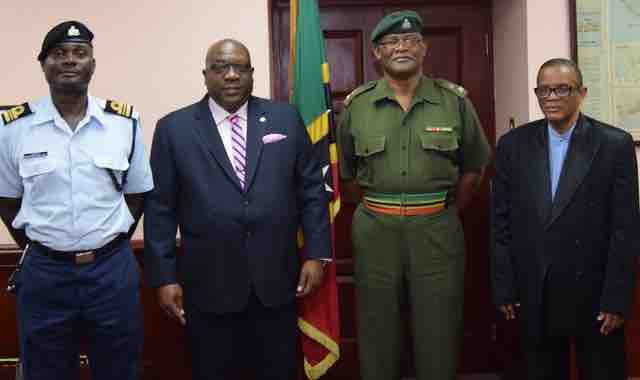 Defence Force to get new commander

This development was announced by Prime Minister Dr. Timothy Harris, during his 1st February press conference.

The Prime Minister informed the media that the present Defence Force Commander, Lt. Col. Patrick Wallace, will retire at the end of February.

Reflecting on the career of Lt. Col. Wallace, Prime Minister Harris said, “I wish to record our appreciation to Commander Wallace for his long and meritorious contribution to the safety and security of the Federation.”

Major Comrie will take up his new position on 1st March, 2018.

Comrie began his career as a police officer, before he joined the Defence Force. He also completed graduate work at the Dwight D. Eisenhower School for National Security and Resource Strategy, which is located at the US National Defence University in Washington, DC.