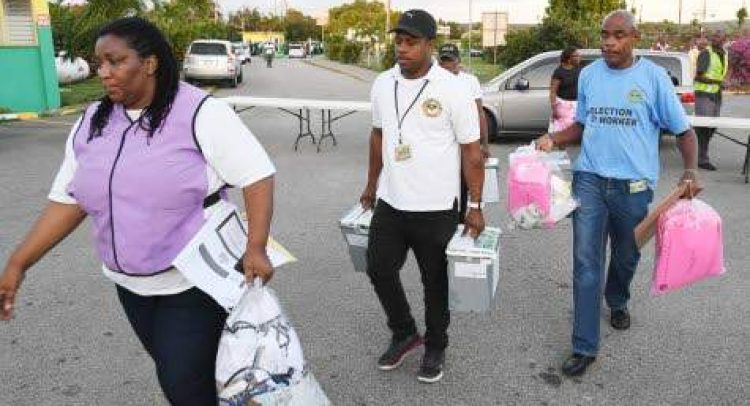 The Jamaican electorate may have to wait close to 15 months for another opportunity vote, as the period within which the next local government elections can be held has been extended to February 2022.

Minister of Local Government and Rural Development Desmond McKenzie told the House of Representatives yesterday that the Government had taken into consideration a number of factors relating to the uncertainty about the novel coronavirus pandemic, and had to move before the November 29 window to extend the period for the elections had passed.

McKenzie noted that the last local government elections were held on November 28, 2016, and the next are due by November 29, 2020.

He also pointed out that the window of opportunity to delay the elections for 90 days, as allowed under Representation of the People Act, would close if there is no amendment to the Act at this time.

He said the Government had therefore decided to take the 30-day delay before the current due date, which is next Monday, and when the 30 days expire on February 27, 2021, the Administration will impose a further 12-month delay to February 2022, because of the uncertainties from the spread of the coronavirus.

He said the delay is primarily due to the uncertainties of the pandemic, as well as the damage to the country’s physical infrastructure by the recent floods caused by rains unleashed on the island over the past six weeks, as well as the cost of holding elections at this time.

“There are significant challenges in holding these elections at this time, as the country is well aware that the Government is engaged in managing the COVID-19 pandemic, which has disrupted the economy and indeed the lives of people, not just here in Jamaica but across the world,” McKenzie said.

“Moreover, the meteorological service has advised that the forecast is for more rains, as the passing Atlantic Hurricane Season comes to an end at the end of November, and based on the forecast we will also have rains early in 2021,” the minister told the House.

He said the cost of staging an election at this time is also a major factor, as the Government continues to respond to the needs of the country.

“The general sentiment is that having a general election in September, 82 days ago, our citizens want us to focus on the recovery from COVID-19 and the damage that was caused by the rains, so that they can return to a path of prosperity,” he stated.

He said that, accordingly, the Government has decided to temporarily introduce the Representation of the People Act (Postponement of Elections to the Municipal Councils and City Municipalities) Act, 2020,which he piloted, to facilitate the holding of the elections at a date no later than February 27, 2022. However, the Government can call the local government elections at any time during the year-long extension, which was a cause of concern for Opposition Leader Mark Golding, who expressed some fears that the Government could call a snap election during the one-year delay.

“What I don’t like about the idea of extending for a one-year period is that it creates significant uncertainty as to when it will actually be held during that one-year period,” Golding noted.

However, he agreed with the decision to delay the poll, noting that the country is going through a difficult period, in terms of managing the pandemic.

“With the Christmas period coming up, which is going to create additional challenges, and we know that the recent rains, which are ongoing, have cause substantial damage to the country’s road network and infrastructure… there is a case factor at play, because holding elections do cost a lot of money,” he stated.

McKenzie assured the Opposition, however, that the Government had no intention of calling a snap election during the period.

“We will not abuse the privilege that we now enjoy by calling these elections,” he told the House.

The amendments were unanimously agreed by both sides of the House.

Main Photo: This file photo shows Electoral Office of Jamaica workers on the job. Their services will not be needed anytime soon as the period within which the next local government elections can be held has been extended to February 2022.