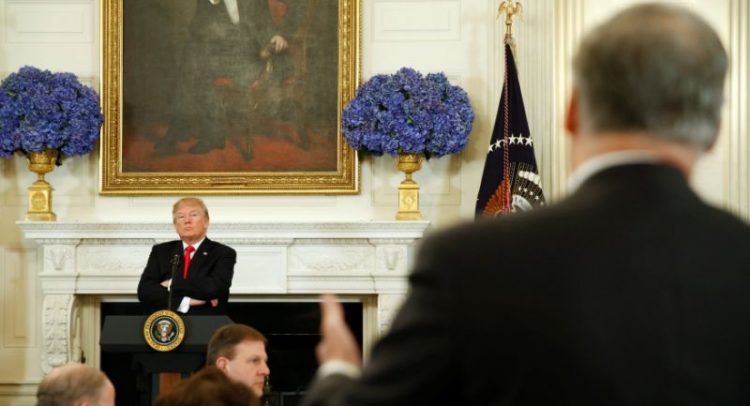 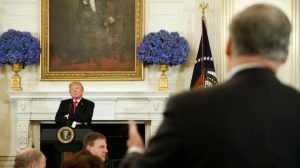 Washington state Gov. Jay Inslee (D) on Monday urged President Donald Trump to lay off Twitter and instead listen to Americans and back away from one of his suggestions for dealing with mass shootings.

Trump has suggested that arming 20 percent of the nation’s teachers could help prevent school shootings like the one that occurred earlier this month in Parkland, Florida, that claimed 17 lives. The president also has said that those teachers trained to use firearms could even receive extra pay.

Washington Gov. Inslee to Trump: “I’ve listened to the first grade teachers that don’t want to be pistol-packing first grade teachers… We need to listen and educators should educate… I just suggest we need a little less tweeting here and a little more listening.” (via ABC) pic.twitter.com/o0DKz6UyDXInslee directly challenged Trump as he and other governors met at the White House with the president and several senior administration aides.

Trump responded by noting that “a number of states right now” allow educators to bear arms while in the classroom.

At least eight states allow teachers in some capacity to carry guns on K-12 school campuses. But law enforcement groups and teacher organizations have expressed opposition to the president’s proposal to arm certain teachers, arguing it could lead to accidental loss of life.

The National Rifle Association, the nation’s top gun lobby, thinks it would be a good move.

“Evil walks among us and God help us if we don’t harden our schools and protect our kids,” NRA CEO Wayne LaPierre said last week.

The public seems divided on the matter. Fifty percent of Americans oppose allowing more teachers and school officials to carry guns, while 44 percent support the idea, according to a recent CBS News poll.

Some notable Republicans are among those opposing equipping more teachers with guns, including Gov. Rick Scott and Sen. Marco Rubio, both of Florida.

“The notion that my kids are going to school with teachers that are armed with a weapon is not something that, quite frankly, I’m comfortable with,” Rubio said last week during a CNN town hall on gun violence and gun control.